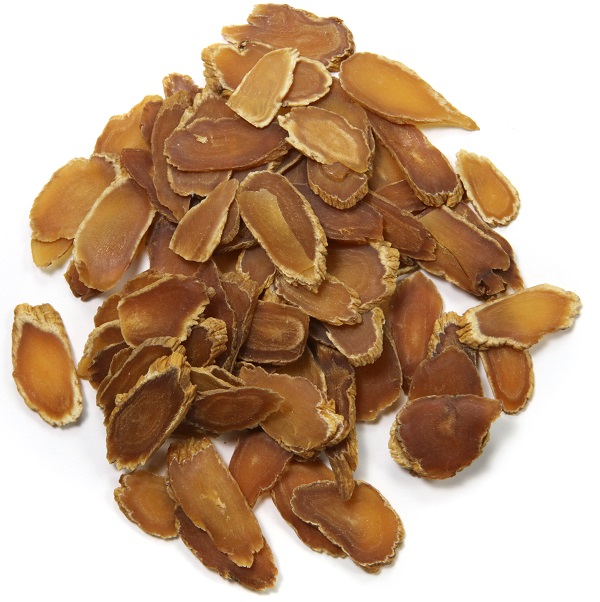 The concept of an herbal adaptogen is a relatively recent one and its origin dates back to 1947 to a Soviet scientist, Nikolai Lazarev. Lazarev was searching for substances that would improve human health and performance over the long-term, without causing dependence or negative effects. This search was in response to the use of simple addictive stimulants such as amphetamines and cocaine which were widely used during WWII by the militaries of all combatants and by the general public. Adaptogens were studied during the 50s and 60s and in 1969, Brekhman and Dardymov published the formal definition of an adaptogen.

Although there were attempts to create synthetic adaptogens, traditional medicine proved to be the easiest and most rewarding source and Brekhman and Dardymov studied hundreds of traditional Asian herbs and formulas. Foremost among those was Panax Ginseng (Ren Shen), the scientific name of which meant “panacea”. Since then herbalists have identified numerous adaptogens from herbs found all over the world.

Adaptogens facilitate the adaptation process to stress. Stress, at its most basic, is an organism’s total response to environmental demands or pressures. Stress in humans is perceived as straining or exceeding their adaptive capacities and threatening their well-being. Stress was expected to occur in short bursts, for example, running from the fabled saber-toothed tiger. The human body responds to stress by secreting two hormones that are produced in the adrenal gland (cortisol and adrenaline). It is commonly understood as a “fight or flight” response. 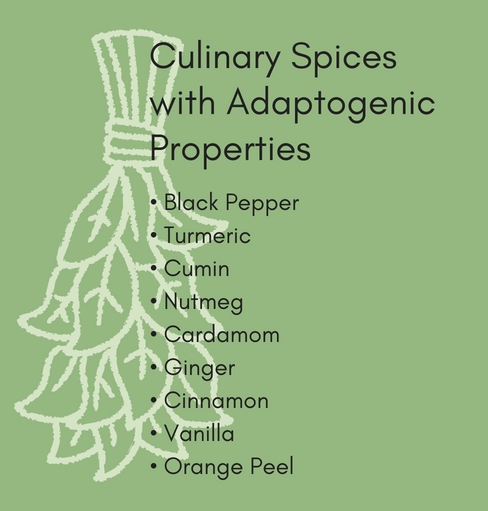 However, most modern-day stresses are ongoing and relentless. We say we are “stressed out” when we feel the effects of chronic stress. When your adrenal system remains in a constantly active state, it throws your body out of balance. Constant stress can wreak havoc on your body, especially on your digestive system and energy levels. In 1998, a naturopath, James Wilson named this common condition “adrenal fatigue”, that is, fatigue due the continuous influence of adrenaline and to high levels of cortisol. Eventually, the adrenals cannot sustain cortisol production and levels fall to below what is necessary to maintain health. This sort of exhaustion is sometimes also referred to as “burn out”.

Adaptogenic compounds help mitigate the stress response. They work to bring the hormones of your adrenal system back into balance, overcome adrenal fatigue, and restore homeostasis, the normal, stable functioning of human physiology. The key benefit of herbs known to be adaptogens is that they can restore the body to homeostasis better than any medicine because they target and strengthen the whole body.

One of the primary characteristics of Chinese herbal medicine is the use of tonifying herbs and herbal formulas. Tonic herbs have been used since before the publication of the Shen Nong Ben Cao Jing (Divine Farmer’s Classic of Materia Medica, 神農本草經), which was written around the end of the first century CE. Due to physical, chemical, biological, and psychological stressors, people become imbalanced or in disharmony. Chinese medicine responds to these imbalances by applying tonic herbs that restore deficiencies of qi, blood, yin, yang, jing, or shen (spirit or mind). Some herbs are used to harmonize the functioning of the liver, heart, kidney, or digestive system and many have anti-aging properties. Although the language of Chinese medicine uses different terminology, essentially, this application of Chinese herbal medicine is adaptogenic. The following (partial) list of Chinese herbs are considered by Western science as adaptogens. 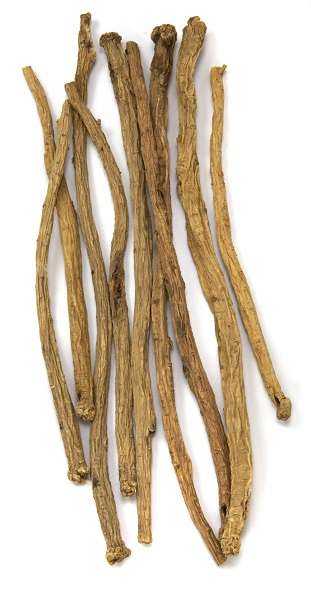 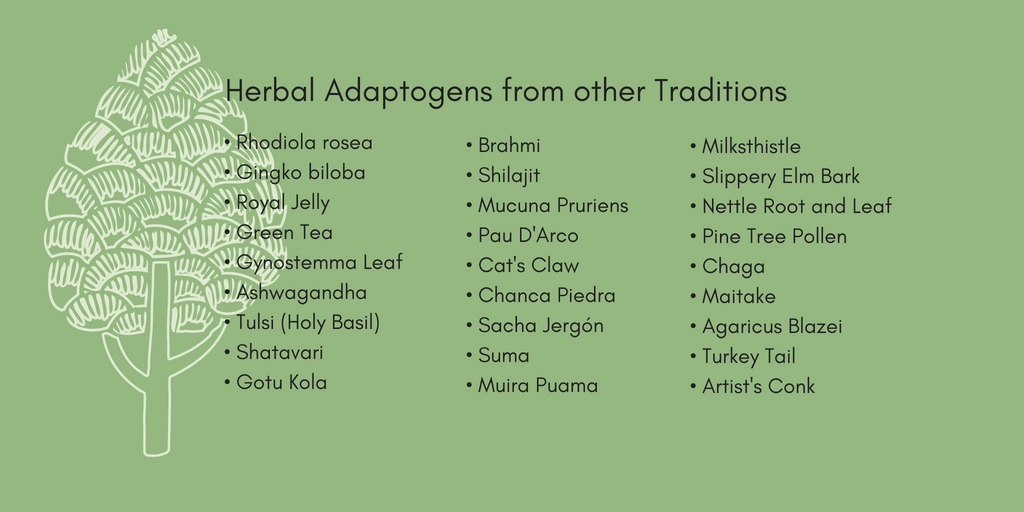