The Change of Seasons - Preparing for Autumn

Many cultures stress the importance of celebrating the changing seasons as well as paying attention to and adapting ourselves to nature’s yearly shifts. As we feel the cool Yin energy of autumn begin to replace the warm Yang energy of summer, we can take the time to savor the crisp air and golden falling leaves, and feel the energy of autumn’s downward pull toward storage and preparation for winter. 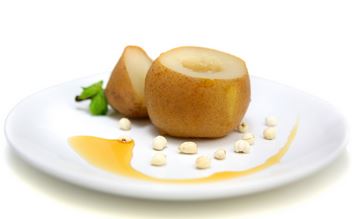 In traditional Chinese medicine human beings are seen not as separate from nature, but rather as an integral part of our continually changing world. As such, we are particularly vulnerable to illness at the change of the seasons as the changing weather not only surrounds us, but actually comes into our bodies. As summer changes into autumn it brings windy, changeable weather that can be difficult for the body to adapt to. Therefore as TCM practitioners we can use this time of climactic and energetic shift to positively affect our patients’ health and well-being.

Autumn is the season of metal, which governs organization, storage, setting limits and protecting boundaries, and pertains to the Lung and Large Intestine organs. The Lung governs the Qi of the body, including control of the circulation of the Wei-defensive Qi on the surface of the body between the skin and muscles, protecting the boundary of the body from invasion by external challenges. If the Lung Qi or Wei-defensive Qi is weak, then the body is left open to attack by wind, cold and dampness in the autumn. The Lung and Large Intestine are also easily adversely affected by dryness, considered to occur more frequently in autumn.

The nose is the sensory organ of the Lung. If the Lung Qi is weak, the nose may be easily affected by wind, cold and damp in autumn.

The skin is a part of the Lung organ system, and the pores are controlled by the Lungs. At the end of summer the pores are open to allow excess summer heat to leave the body, and they need to transition to being closed to prevent autumn wind and cold from excessively entering the body. At the change of the seasons, the Lung may experience difficulty adapting to this shift. If it has difficulty closing the pores when needed, we may be predisposed to “wind invasions.”

Acupuncture
Usually just a few acupuncture treatments can help our patients’ bodies adapt to the change of seasons. Acupuncturists may focus on strengthening the Qi of the Lungs and the Wei Qi, nourishing the Lung Yin fluids, or balancing the Qi of the whole body. One nice point for autumn is LU 9, Tai Yuan, the Shu-Stream, Yuan Source and Earth point of the Lung channel. As the Earth point on the Metal Lung channel, this is an excellent point to tonify the Lung Qi and Yin, as well as to transform phlegm, and is particularly indicated for patients who have a recurring slight cough.

Chinese Herbs & Food Therapy
Certain Chinese herbs may be added to food and eaten by most people to help the body prepare for autumn, Chuan Bei Mu with Pears & Honey or a specific formula may be needed to help adjust to the changes. Huang Qi/Astragalus is often added to soups and stews for Wei Qi deficiency, and Chuan Bei Mu with pears and honey is often eaten for Lung dryness. Chinese food therapy theory suggests that during this season, the best Lung nourishing herbal foods include lotus roots, Bai he, Xing ren, Bai lian zi, Bai mu er, Shan yao, and gingko nuts, all whitish, “metal” herbs.

Nature tends to produce the best foods for each season to help our bodies stay in balance. According to Chinese medicine, eating foods that are in season is best unless a patient’s body needs specific out of season foods to correct an imbalance. In the summer, people stay cool by eating foods that are very Yin, including many fresh fruits like watermelon, pineapple and berries, and vegetables like corn, tomatoes and cucumbers that ripen in the summer. In the winter, people stay warm by eating seasonal foods that are strongly Yang such as root vegetables, leeks, ginger, garlic and onions.

As summer comes to an end it is time to transition from cooling salads and raw fruits and vegetables to warm cooked foods such as soups and stews with root vegetables and some meat. Good foods to eat in autumn include fruits such as pears (Asian and western varieties), apples and persimmons to moisten dryness, squashes, gourds and root vegetables, as well as small portions of organic grass-fed beef and lamb to warm and nourish.

Some excellent Chinese food therapy recipes for Autumn change-of-season support are listed below:

TCM Lifestyle Advice
The Lung and Large Intestine are associated with the emotion of grief, and with the process of storage and release. It is a particularly good time of year to process and let go of grief, old patterns of destructive behavior, repressed emotions and even physical belongings that are no longer helpful to us. The storage energy of autumn is balanced when we store what we truly need, and release the inappropriate storage of that which is unnecessary.

During the change of seasons, and especially when wind and sudden cold appear, it is very important to dress appropriately. In Chinese medicine, the back of the neck and upper back are considered the first line of defense against external challenges such as wind and cold, so advise patients to wear a protective scarf when they go out into a cold or windy environment, particularly those with Wei Qi deficiency. Similarly, recommend that they protect their neck and upper back by drying hair after washing before going outside or going to bed. Keeping the feet warm is also essential to avoiding chills and not wasting precious energy to maintain body temperature.

Bio: Laura Stropes is a licensed acupuncturist and herbalist specializing in Chinese internal medicine, with a strong focus in TCM gynecology, fertility and pregnancy. She has been practicing in Berkeley, California since 1998. She has also been an herbal consultant and project manager for Mayway for the past 15 years. Laura’s projects include the initial Mayway website in 2004 and the new website redesign for 2012, the Herb ID Kit recreation in 2009, and coauthor of the book “A Practitioner’s Formula Guide: Plum Flower & Minshan Formulas” - Wrinkle, Stropes & Potts, published in 2008. Her other responsibilities include product & service research and development, writing articles, and consulting services for other acupuncturists, chiropractors, veterinarians and medical doctors in choosing suitable TCM herbal treatments for their patients. Laura may be reached at: BerkeleyTCM@yahoo.com or 510-326-9597.