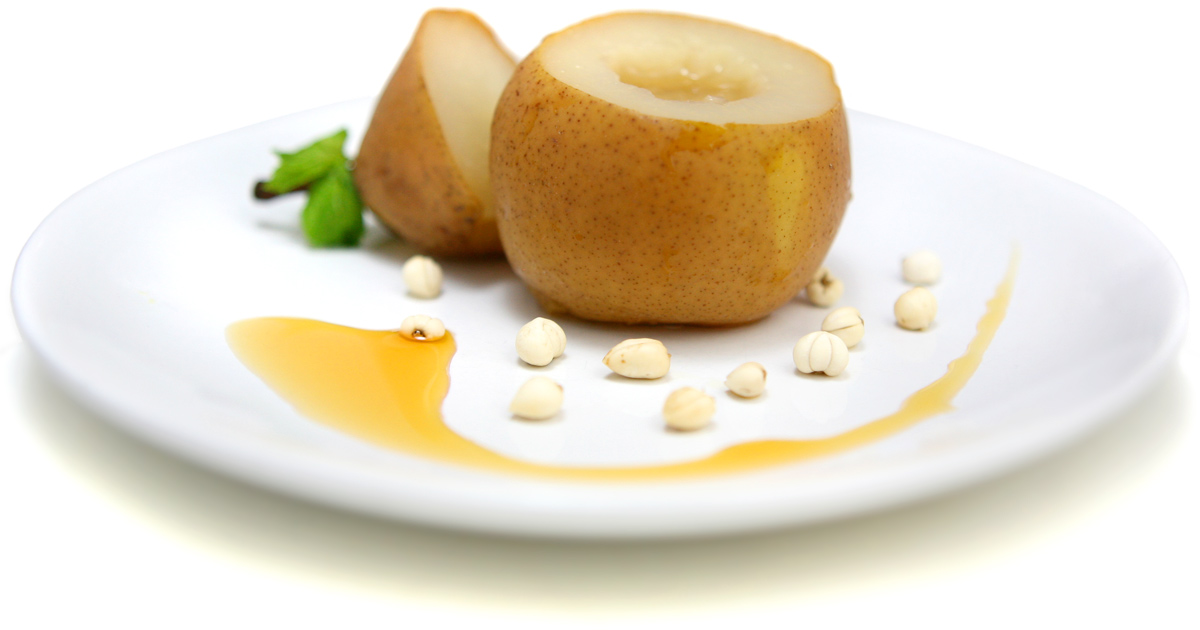 This traditional steamed pear recipe is often prepared in the autumn, the season of dryness, to prevent or treat an occasional dry cough or dry throat. Chuan Bei Mu/Fritillaria cirrhosa bulb is a very effective and versatile herb that both dissolves phlegm and clears heat, while also nourishing and moistening Lung Yin. Pears are also considered to be strongly moistening and tonify the Lung Yin. Traditionally Asian pears are used, and considered to have the strongest medicinal effect to moisten the Lungs, but western pears are more moist and are considered by some western practitioners to actually be better Yin tonics. Raw honey has many health benefits, including moistening and nourishing Lung Yin, as well as tonifiying the Spleen and Stomach to tonify Qi.