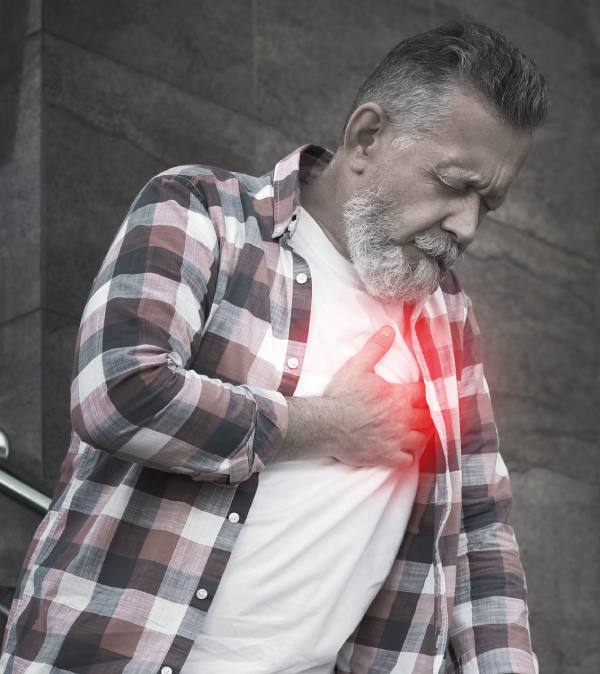 Heart disease remains the number one cause of death in the United States and worldwide, closely followed by cancer, and then COVID-19. In this article, the risk factors of coronary artery disease will be described as well as the mechanisms that define how the condition progresses with a focus on atherosclerosis. In addition, there will be an explanation of how traditional Chinese medicine approaches a differential diagnosis and which herbal strategies may assist in supporting individuals who are coping with this condition.

“Shen Guan” means Kidney Gate. This is Dr. Tung’s master Kidney point (77.18), and there is no more powerful point for the Kidney. It tonifies not only the Kidney, but also the Spleen and the Yin, and benefits Qi. 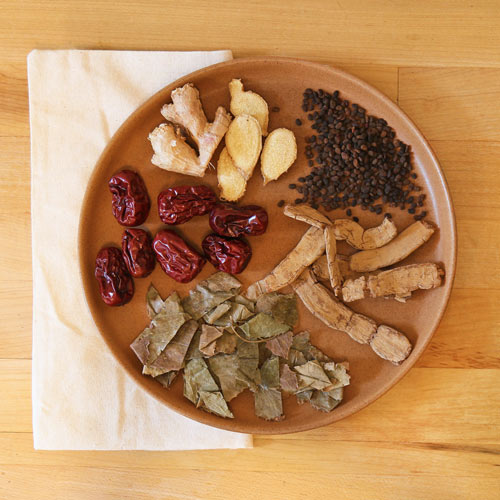 There are three Yang tonics in this recipe. Ba jI tian enters the Kidney meridian, and is spicy, sweet and slightly warm. A special attribute of Ba ji tian is that it has a moistening quality that tonifies Yang without being overly drying, and it also benefits the marrow. Yin yang huo is spicy, sweet, and warm, entering the Liver and Kidney channels to dispel Wind Cold Damp and unblock the flow of Yang Qi. The English translation of Bu gu zhi is “tonify bone resin” and it is often used alone in congee recipes to assist with strengthening the low back and knees or to benefit the urinary system in the elderly. Bu gu zhi also tonifies and warms Spleen Yang, and is spicy, bitter and very warm.

The incidence of male factor infertility is believed to be increasing in the Western world. In Chinese, the word for sperm and essence is the same (jīng 精 ), that is, they have the same origin and are inextricably linked. According to Chinese medicine, the quality of sperm and its ability to fertilize an ovum is intimately linked to the health of the Kidneys and requires a number of factors to converge. 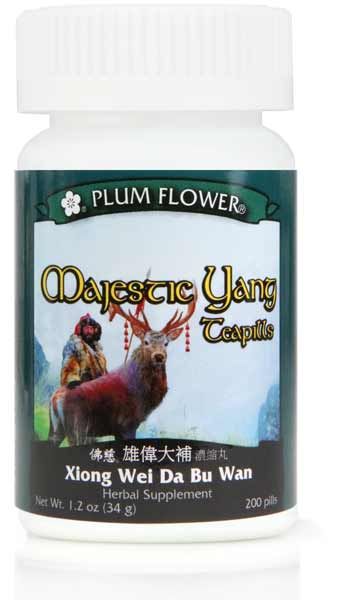 Introducing Majestic Yang Teapills which replaces Gecko Tonic Teapills while retaining the primary structure and function of Gecko Tonic Teapills. It endeavors to treat various deficiencies by tonifying Yang, strengthening Qi and Blood, and nourishing Jing-essence. It is a complex formula that in addition to Yang tonic herbs, contains herbs that tonify and nourish Yin, Blood, Essence, and Qi. Signs to look for include a pale and swollen tongue and a slow, deep, and weak pulse. 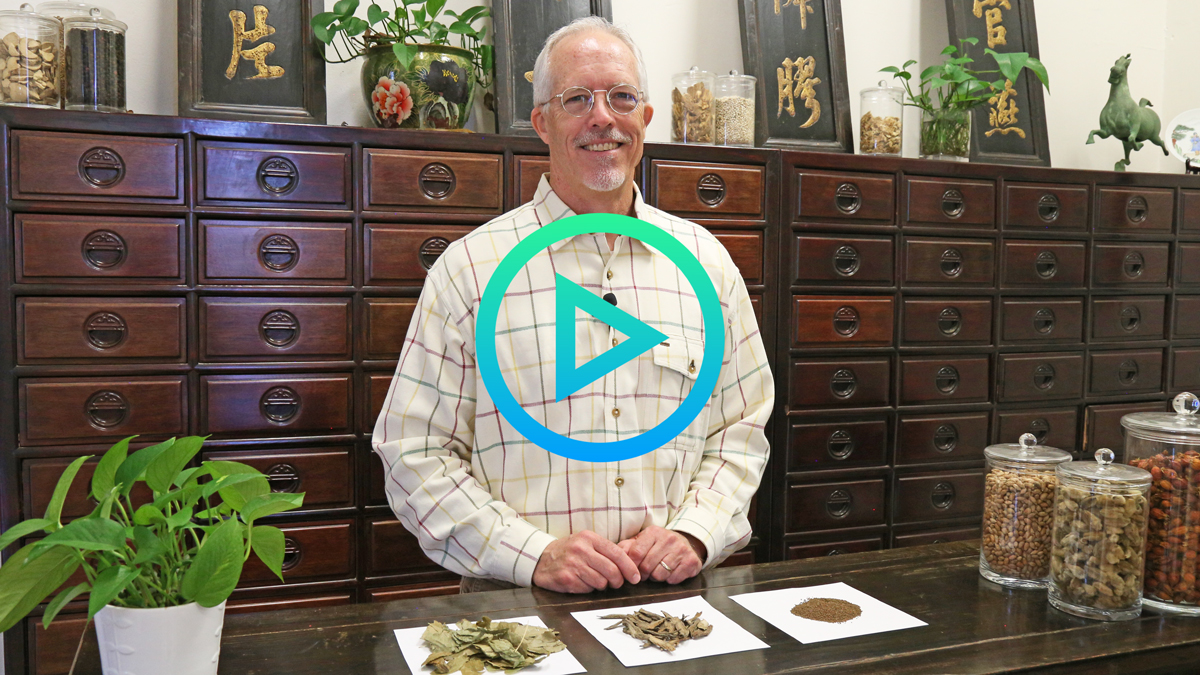 Mark Frost from the American College of Traditional Chinese Medicine in San Francisco highlights 3 important Yang Tonic herbs often used in formulas that benefit men's health. Yin Yang Huo, Xu Duan, and Tu Si Zi are discussed including their TCM functions and how the herbs can be used for different needs. 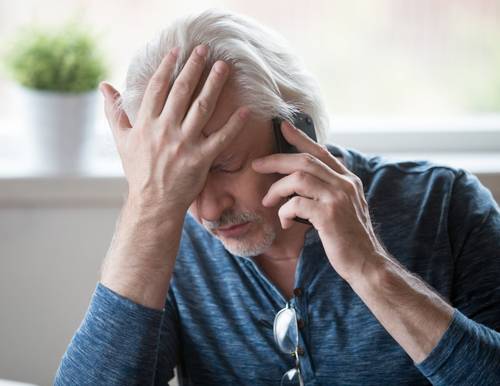 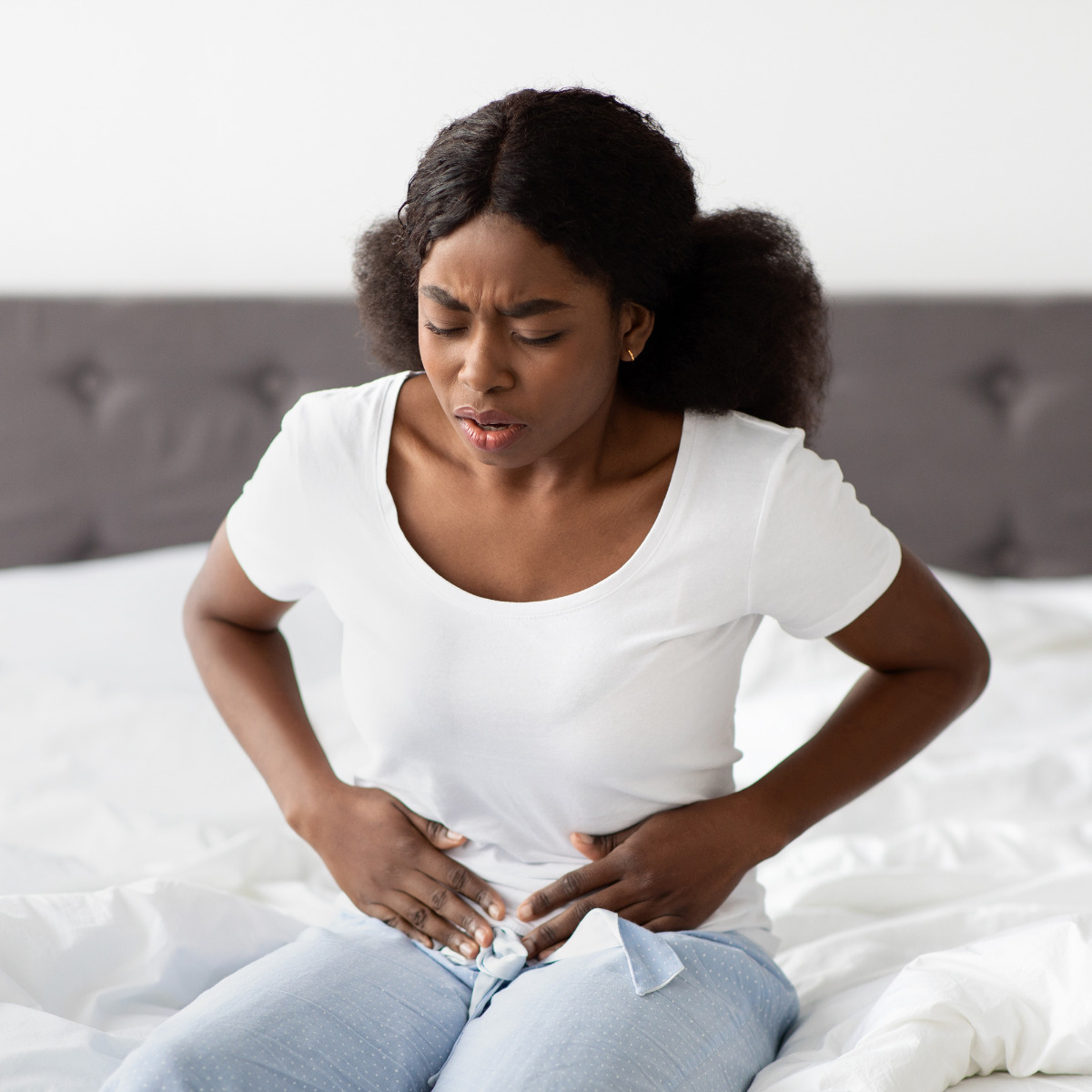 Endometriosis affects 10% of people who menstruate every year, and that’s just the people who get a formal diagnosis. Endometriosis a very painful menstrual condition in which the uterine lining (endometrium) grows and bleeds outside the uterus in “adjacent pelvic organs such as ovaries, fallopian tubes, pelvic ligaments, vagina, sigmoid colon, rectum, ureters or bladder.” In rare cases, it may be found outside of the pelvic area. The causes of endometriosis are still unknown and it is a condition that may be experienced by any menstruating person, regardless of gender expression. In this article, we discuss endometriosis from a Chinese medicine perspective and discuss methods for TCM treatment.

Bone loss, according to traditional Chinese medicine, is mainly caused by insufficient Kidney Qi, with symptoms such as weak back, difficulty in standing for a long time, weakness of lower extremities, dark complexion, and dry teeth. Chinese medicine believes that bone health relies on the fullness of Kidney Qi, which nourishes the bone marrow. As such, tonifying Kidney Qi and Kidney Essence is vital to minimizing the progression of osteoporosis. This soup nourishes Yin and replenishes Yang, strengthens muscles and bones, and strengthens the waist and knees. 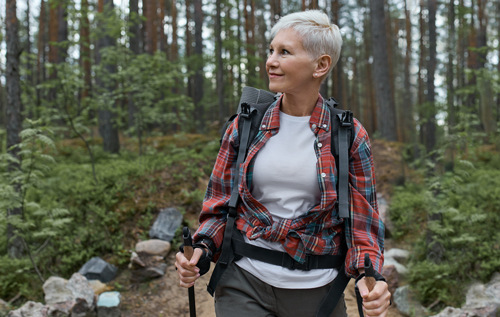 Overactive bladder (OAB) is a condition that affects adults and children worldwide and can be caused by various underlying factors or traumas like childbirth, prostate enlargement, poor pelvic floor muscle control, bladder prolapse, and more. It is obvious that this condition can create a significant psychological burden on patients and symptoms range from urinary urgency to incontinence. While this condition can be incredibly bothersome, surgery often seems a drastic approach and medications may have limited results and side effects. Acupuncture is an incredibly effective treatment for OAB, working better than most pharmaceutical medications and with fewer adverse effects.

An Integrated Approach to Caring for Patients with Hyperemesis 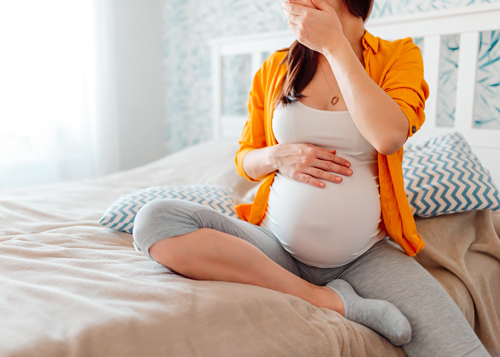 Raven Lang shares a story about a patient of mine with hyperemesis. I share this story to point out that there are times when a practitioner must realize the limits to what can be done with TCM treatments and that, at those times, it is necessary and prudent to quickly ask for additional help. 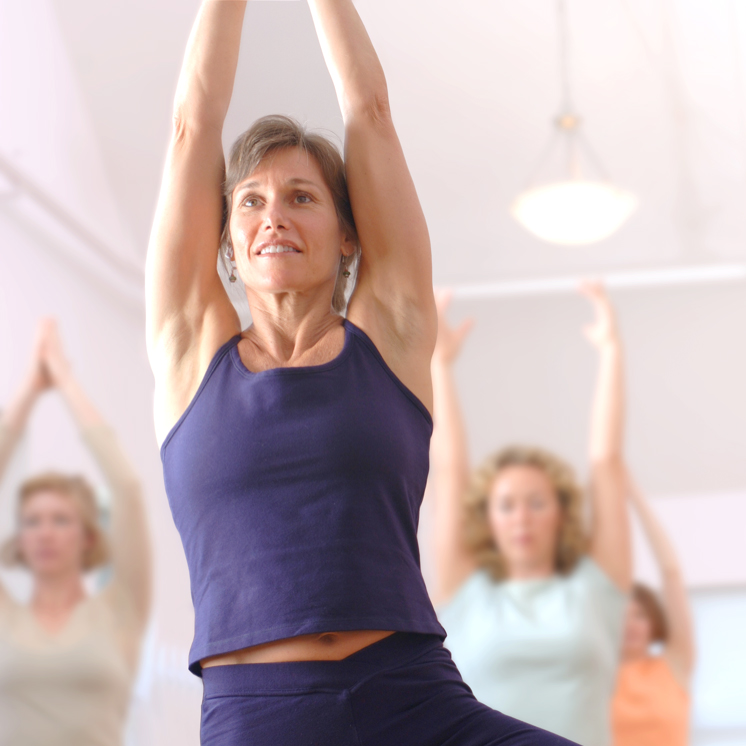 As some women experience minimal or no perimenopausal discomfort, what causes the symptoms that can be so debilitating to others? According to TCM, the main causes for discomfort all the way from perimenopause through menopause and postmenopause include overwork, excessive sexual activity or too many childbirths, chronic illness, irregular diet, and excessive worrying or other emotional stress. According to traditional Chinese medicine there are three large categories of issues that can result in difficulty with the perimenopausal hormonal shift. 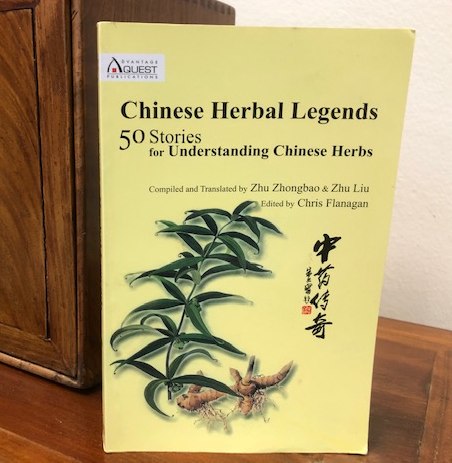 We all know herbs are amazingly effective, but have you ever wondered how their secrets were discovered? Did Shen Nong really taste them all and watch their effects in his see-through belly? How did they get their names? What are their backstories? Dr. Skye Sturgeon reads an excerpt from the book Chinese Herbal Legends where we learn the legend of Dang Gui. 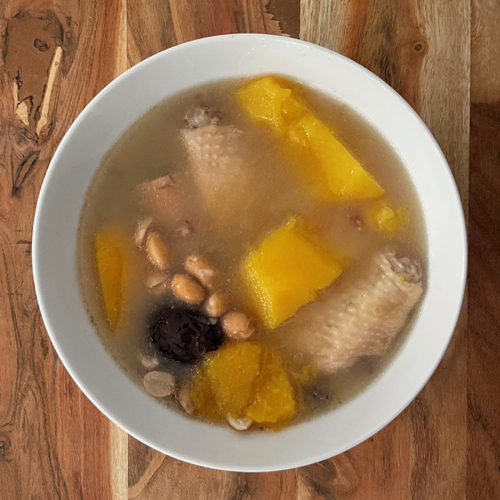 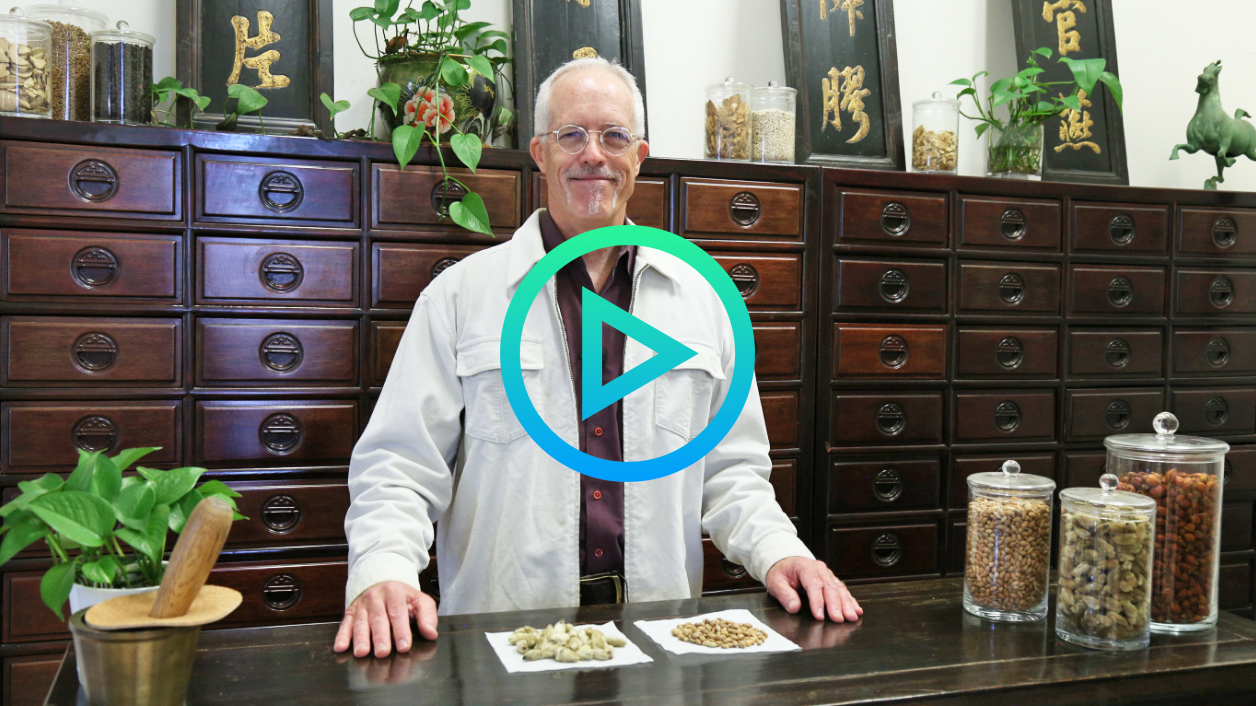 Mark Frost, Herbal Chair at American College of Traditional Chinese Medicine (ACTCM) joins highlights 2 important herbs for dispelling Wind Cold and Wind Heat and commonly used in Spring formulas. Cang Er Zi and Xin Yi Hua are compared including their TCM functions and how to select the best herbs for your patients.

Read More
Previous 1 of 19 Next