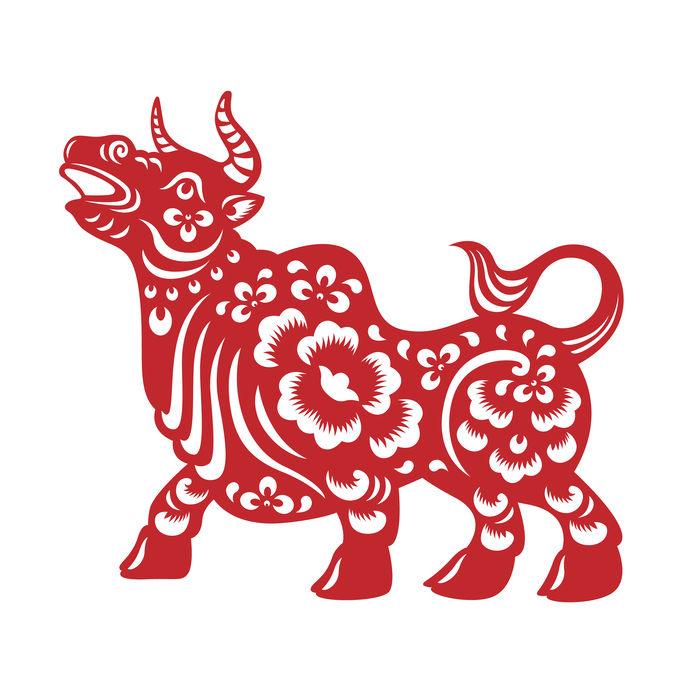 Let’s analyze what the Ox has in store.

According to Chinese philosophy, we have the concepts of Yin and Yang, and Heaven, Earth and Humanity. These are the building blocks of the universe.

You may see the year referred to as the White Ox, since the color of Metal is white, and some people refer to the Heavenly Qi/ energy by color.

So the Earth energy this year is… Earth. The Earth (the big round ball we live on) gets along best with its own element, rather than an element that weakens or drains it. So the Earth energy of the Ox is in harmony with the big Earth energy, because they’re both Earth. That’s good. Any time there’s a conflict between the Heaven and Earth energies, it makes it harder for us, the little people who live between those two giant energetic forces.

We also need to consider the relationship between the Heaven and Earth energies of Metal and Earth. In the five Elements creation/ production cycle, Earth gives birth to Metal, or is the parent of Metal. Since our elements in 2021 are Metal and Earth, we have a parent-child relationship, so they should get along. The only issue is that Heaven in general is “above” earth, or considered to be in a superior or parental position to Earth, which is considered “below”, or subordinate to Heaven. If you think about it, it makes sense, since Heaven, or the Universe, is much, much bigger than one small planet of earth. 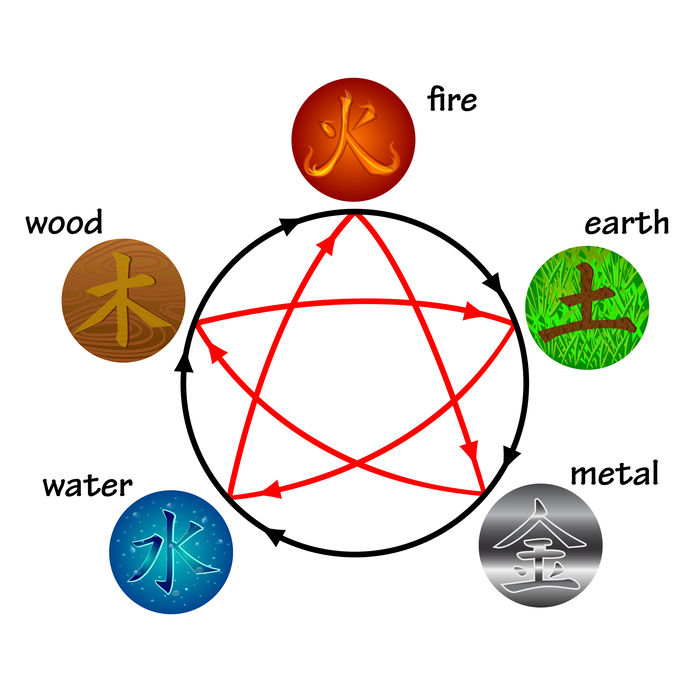 But the Heaven energy in 2021 is Metal, which is the child of Earth, and a backward relationship. Even though they’re parent and child, the backward nature of this relationship may mean that the child tries to control the parent.

It’s unlikely to succeed, though. Because the Earth energy is Earth, Earth is very strong in 2021. The parent Earth is strong enough to resist any attempts by the Metal, the child, to control it. This will drain the Earth a little, from having to exert a bit of effort to resist an over-controlling child. That’s not necessarily a bad thing, since the Earth energy is so strong, they should balance each other out somewhat.

What Does This Mean?

Since Heaven is “above us” (the sky and heavens are up above us), it relates to things/ people “above” us, or that have power over us. This can mean parents, bosses or the government, that generally have some sort of power or control over us. The implication is that those in power “above” us may try to control us, but because the Earth energy is so strong, it won’t work. Because we live on Earth (the planet), we’re more affected by the double Earth energy. That makes the people “below” stronger and able to resist any attempt by those “above” to control us.

Earth is a harmonizing element and likes to get along with everybody. So any attempts by those “above” to control, will most likely be resisted, and told in no uncertain terms to find a way to work together.

Nature of the Elements

First, let’s consider the nature of the Ox. Oxen are hard-working animals that work well with others and in teams. They get hard tasks done. They’re also basically cows. Cows are fairly relaxed animals. They hang out in the sun, graze on grass, and chew their cud. They can be a little stubborn at times, but when they work, they work, and when they relax, they relax. So overall, the Ox year should be a good year to work well with others to get hard tasks done, and in between, be able to chill out and relax.

Metal is hard and can be sharp and violent. It won’t be as bad as 2020, though. 2020 was a Yang Metal year. Yang Metal is like a big sword, or a steel girder that holds up buildings - very strong and inflexible.

Yin Metal is softer and more flexible - more like a butter knife or metal jewelry. So even though there is the potential for some violence, if it happens, it will be mild. People should be less stern and more flexible this year.

Metal is also in charge of justice, and defining right and wrong. Think of the scales of justice - they’re made of metal, which is exactly their nature.

The Ox is an Earth animal. Earth’s character is harmony, trust and tranquility. The Earth Element is in charge of transformation and transportation. We see this in the body through the Earth’s transformation of food in digestion.

When we combine the natures of Metal and Earth, we have an idea of the character of the year. Because we live on Earth, and are more affected by the Earth’s energy, it should be a much more calm and peaceful year. We can expect people to work together to promote harmony, transformation and justice. And we can expect people to be more flexible and trusting than the sharpness and rigidity we saw in 2020. Most likely, we will see a continuation of the movements to transform and right old wrongs and promote more justice, equality and harmony, because that’s the nature of the energy this year.

Since Earth is the center, and represents the cooking fire, it can also represent the home. Because of its transformation and transportation functions, we’ll probably see people continue to transform their homes, as well as people continuing to move to new homes.

According to the Huang Di Nei Jing Su Wen, Metal’s nature is dry and cool. And even though its nature is dryness, it’s also in charge of fog and dew. In Metal years, we tend to have a weird dichotomy of dry weather and humidity.

Earth creates dampness and is in charge of clouds and rain. When excessive, it can cause flooding. Because the earth energy is so strong this year, there is the potential for big rain storms and flooding.

As for temperatures, Earth is neutral in temperature, and takes on the nature of its companion element of Metal. Since Metal is cool by nature, temperatures should be more on the cool side. Weather will most likely tend toward cool, damp and rainy.

We can have earthquakes in Earth years. Because it’s a Yin year, they should be on the smaller, mild side. If they do happen with wet, rainy weather, there could be mudslides.

According to the Su Wen, Metal’s state of mind is anxiety. We know that grief and depression are also associated with the Lungs/ Metal Element. We certainly saw a lot of that in 2020, where the Yang Metal made those emotions worse. We’ll continue to see more of the same in 2021, although maybe not as severe. But the emotions of Earth are overthinking and worry, and the Earth energy is very strong in 2021. So even though there may be a bit less anxiety, there will be more overthinking and worry.

Water is also strong this year, so we’ll still see fear. It’s not quite as strong as it was in 2020, so hopefully, the fear will subside some.

Fire is the weakest organ in 2021, and its emotion is joy. With all of the other emotions just mentioned, it may be harder for some people to feel joy. Deliberately doing things that make you happy will make it easier this year.

In treating patients, one of the best things we can do is to continue to relieve stress and help them relax and be calm. Practicing Qigong, meditation, and anything that calms the emotions will continue to be very important. And play time, of course! Many adults don’t make enough time for play and doing things simply because it makes them happy. Recommending play time to patients can help a lot this year to find some joy.

Unfortunately, 2021 isn’t going to help us get out of the Covid situation. (It should be better in 2022.) Because of the strong Metal and Earth energies, we’re still looking at the potential for Lung excesses with dampness. Colds and flus will be on the damp side, rather than the dry side.

Interestingly, the Su Wen also says Metal can cause aging and falling. So older people will still be more at risk this year.

The weakest Element this year is Fire. Fire was also weak in 2020, so we’re still likely to see people with heart problems and obesity (Spleen dampness) continue be those most susceptible to more severe cases of Covid.

Since Fire is weak, patients with Heart deficiency conditions will need more support. And the Small Intestine will be susceptible to dampness and deficiencies.

Wood is weak this year. People who have Liver and/or Gallbladder deficiencies will need more strengthening.

Water is fairly neutral this year, so there shouldn’t be anything out of the ordinary with the Water organs.

Like most years, the Year of the Ox will be a mixed bag. We’ll still have to contend with Covid and the fear, anxiety, stress and depression that went along with it in 2020.

On a more positive note, people should be able to get along better, have more trust (because that’s Earth’s nature), and work together better, to make positive changes and transformations in areas that need more justice and harmony.

Despite the negative emotions and still having to deal with Covid, there is great potential for healing some of the hate and distrust of the past few years.