Hypothesis on the Purpose of Domestication of Prunus persica Dated to 8,000 BP (Before Present) at Kuahuqiao, Zhejiang Province 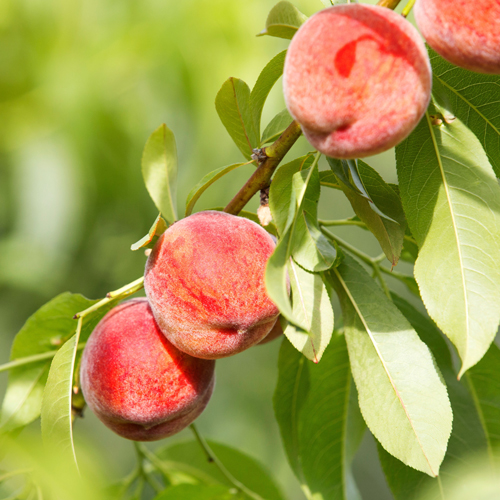 The use of the adage “Oriental medicine is 5,000 years old,” is common. However, given the reality that extant writing in China is not as old (Shang period bronzes and oracle bones, c. 3775-3535 BP -“before present”) and that our earliest reference for herbal formulas are even more recent (c. 2100 BP), can this claim be substantiated?

Recent research has arisen that, seen through the eyes of this author, suggests we can now confidently move the date of the history of herbal medicine back beyond 5,000 years to at least 8,000 years BP with the domestication of Prunus persica (peaches) at Kuahuqiao in Zhejiang Province. The first botanical description of the peach is found in poetry in the Shijing/Book of Odes: “The peach tree is young and elegant, brilliant are its flowers ... abundant will be its fruits ... luxuriant are its leaves.” ( Shijing/Book of Odes , Zhou Dynasty, 1027- 771 BC, to the Spring & Autumn Period, 770-476 BC - note: BC and AD are used for historically dated periods).

This recent research, allowing a backdating of the use in oriental medicine of domesticated herbs, is found in “Archaeological Evidence for Peach (Prunus persica) Cultivation and Domestication in China”(1). While the pursuit by the authors (two from China and one from Canada) is that of their archaeological and botanical interests, their findings lead this author to the conclusion that, although millet (and later rice) were domesticated as food crops by the early hunter-gathers(2), who were also using pottery starting in the Late Paleolithic (16- 14,000 BP) into the pre-Neolithic and all Neolithic periods following(3), their domestication of peaches was not initially for the fruit but for the seeds for use as an herbal treatment, most likely for constipation.

The preponderance of evidence indicates to this author that the goal of the domestication of tree crops was that of producing sufficient quantities of herbs to treat common health complaints(12), not necessarily solely or even primarily for food production. Health concerns likely treated include upset stomach (mandarin orange peel and buckeye seed), diarrhea (fox nut), constipation, traumatic injuries, PMS (peach seeds), cough (apricot seeds), insomnia (jujube), pain relief (litchi), parasite expulsion (mume plum), immune response strengthening (“Japanese plum”(13)), indigestion (hawthorn), and system invigoration (paper mulberry). (Of note is the finding of early rice cultivation at Kuahuqiao, dating from 10,000 BP(14), indicating that domestication of wild rice for food production had begun 2000 years before domestication of the peach for probable use as an herb: Given the nature of rice to dry the intestine, it is logical to assume that peach domestication for it kernels was motivated by true concerns in this early rice-eating society.)

This hypothesis is borne out by several observations. The first is that Chinese are known to avoid uncooked fruits, and while there is some evidence for use of pottery vessels to cook foods(15), there is insufficient evidence to suggest a large usage of cooked foods including fruits at Kuahuqiao (16). Second, evidence exists from the peach seeds found at the various sites that preference in the domestication of the peach tree inclined towards the choice of larger stones than that of the wild peach (17), which would make for more quantity of the kernels for use in treatments when harvested. Third, while the current evidence for the oldest domestication of peaches is found at Kuahuqiao, it is believed by the researchers that usage was widespread in the region and predated 8,000 BP(18). Viewed together, all of these facts appear to indicate wide appreciation for the use of peach seeds in treating constipation and that likely other trees were harvested to treat other common complaints. Given that there were shared pottery techniques (19), it is also possible various herbs were being shared or traded between distant settlements then.

While many questions remain, the most obvious question concerns the manner in which these herbs were used. It is possible that single herbs were mixed with tea (Camellia chinense), also found at Kuahuqiao(20), and, if so, then the days of complex formulas were a long time in development from these beginning domestications for use as herbal medicine, which may now be considered to have started over 8,000 years ago.

Author Bio: Dr. Elizabeth Selandia, MLIS, MAIA, MAMS, OMD, CA, recipient of the Huang-Di Award, is a 1986 graduate from the San Francisco College of Acupuncture and Oriental Medicine, in practice since 1987 making house calls only to treat sports injuries and chronic problems no one else has solved. She is known for her interest in oriental philosophy and has lectured on her theories on “I Ching and DNA” and “Oriental Medicine and Feng Shui.” Her goal is to open the first state of the art museum on oriental medicine here in North America. Contact: selandia@gmail.com.