Zongzi are a traditional food during the Dragon Boat Festival, which is celebrated on the 5th day of the 5th month of the lunar calendar. This year it happens June 25th 2020. 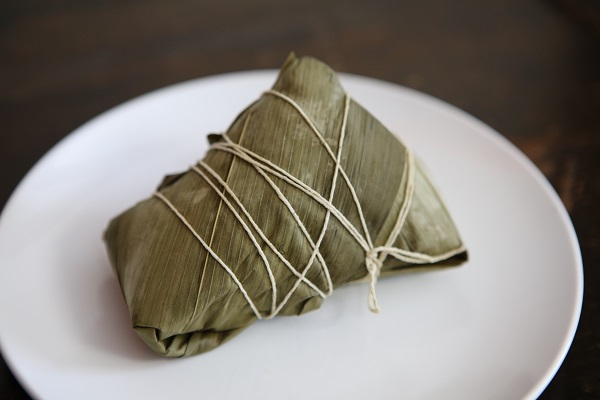 The story behind these dumplings started over a thousand years ago during the Warring States period, when there were seven kingdoms in China who were constantly battling for dominance. In the kingdom of Chu there lived a poet and scholar named Qu Yan, who was devoted to his state and wrote about it often.

However, in 278 BC Chu was overthrown by the neighboring Qin kingdom. Qu Yan was despondent and wrote a poem expressing his sadness and concern for the people of Chu. He threw himself into the Miluo River, unable to face the loss of his beloved state.

Learning this, the people of Chu quickly paddled their boats, racing towards Qu Yan, but it was too late. In a last attempt to preserve the poet, they threw rice dumplings into the water to prevent fish and evil spirits from taking his body.

Every year on the anniversary of his death, people eat zongzi dumplings and race dragon boats to celebrate his life and dedication to his kingdom.

If you would like to try making zongzi, here is our Lau family recipe. We are from the southern part of China, where zongzi are a sort of tetrahedral shape and usually have savory fillings. In the north, you may see cylindrical zongzi with sweet fillings. 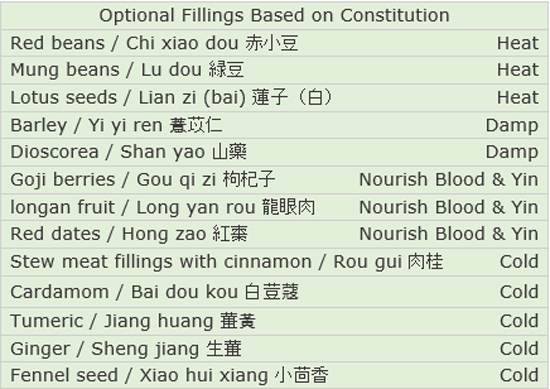 Everything except the first three ingredients are optional, and vegetarian combinations are common. The fillings used for Zongzi vary from region to region and individual family tradition, but the rice used is always glutinous rice (also called "sticky rice" or "sweet rice"). Fillings used include:

Making Zongzi is traditionally a family event in which everyone helps. Makes about 2 dozen. 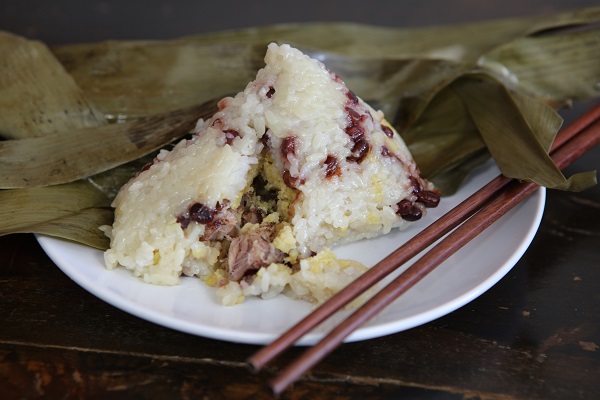 To store dumplings, keep wrappings intact, but allow them to cool completely before refrigerating or freezing. To reheat defrosted dumplings, boil or steam them again for about 30 minutes. Microwaving is not recommended as the dumplings will heat unevenly and be rather hard and dry.

Some folks enjoy them with soy sauce, but our family loves dipping in sugar for salty/sweet yumminess!