Put black truffles or wild morels in a recipe that calls for buttons and you will have a very different outcome, even though they are all called mushrooms. Ginseng is arguably one of the most well-known Chinese medicinal herbs, yet the word is casually used to refer to many different herbs, some with slight variations and others with completely different actions. Let’s take a look at all the “ginsengs” and the differences between them. 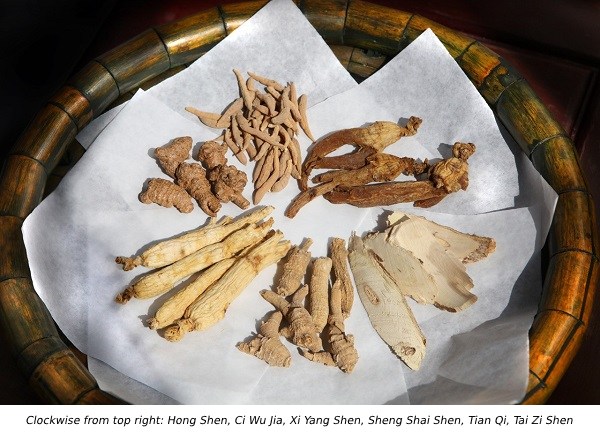 The Panax Family and True Ginsengs

The genus name "Panax" is derived from the Greek, and means “cure all” or panacea, and within that genus are several species that we use in Chinese medicine.

Panax ginseng is the botanical name for this deciduous perennial with a thick fleshy root. It is native primarily to northern China and Korea where it grows along a mountain range that is split between those countries. The roots are grown for a minimum of 5 years before they are ready to be harvested. The Chinese name, Ren Shen, translates as “man root” for the sometimes human-like appearance of the root.

Best known to TCM practitioners as the strongest Qi tonic herb, Ren Shen powerfully tonifies the Yuan-primary Qi of all five Yin organs; it particularly tonifies the Spleen and Lung Qi, benefits the Heart and calms the Shen. It also tonifies the Yin and generates body fluids. Through the strong tonification of Qi, Ren Shen also has a strong effect on the Blood; it generates Blood, gently encourages the proper movement of Blood, and controls bleeding. 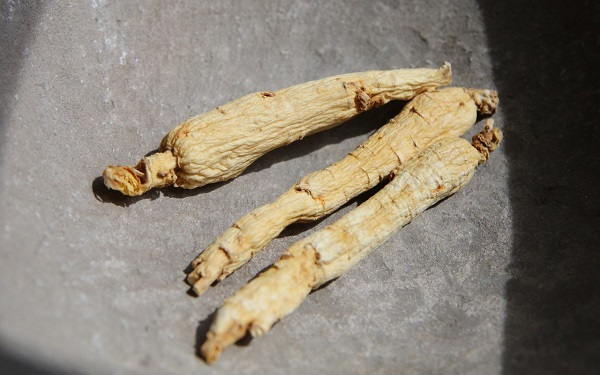 This is actually a sub-species, identified as Panax ginseng japonica, but has different therapeutic effects due to a different growing environment in Japan. Translating to “eastern root”, its actions are more similar to Xi Yang Shen/American ginseng, not as warming as Ren Shen/Chinese ginseng.

There is also a subspecies Panax ginseng vietnamensis, recently found being grown in central Vietnam, and regarded as a new botanical species. According to research from 2000, "It has been used in traditional folk medicine in hill tribes for the purpose of anti-fatigue and life-saving."

While in the same family, Xi Yang Shen is a different species from the above varieties, called Panax quinquefolium. It is well known to have a stronger Yin tonifying action and lesser Qi tonifying function than Ren Shen. As such, while Xi Yang Shen does not have the strong tonifying effects on the Yuan-source Qi that Ren Shen does, it does have a stronger effect of tonifying the Heart, Lung and Kidney Yin. It also clears heat from the Intestines and stops bleeding. While we have just one name for this herb in TCM, which translates to “western seas root”, colloquially it is also known as Hua Qi Shen, “flowered flag {American} ginseng” and there are also several forms available. 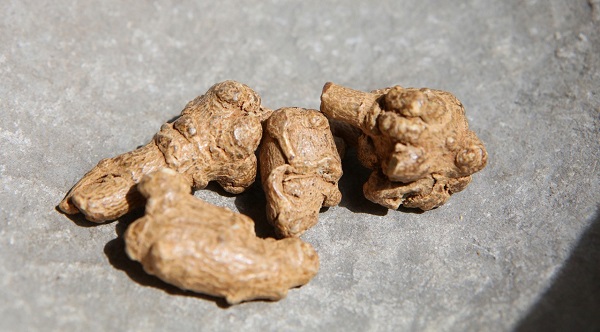 Tian Qi is in the same genus as the ginsengs, but a different species called Panax notoginseng, and sometimes known as “pseudo ginseng.” However, Tian Qi has very different functions and indications from all the other herbs listed here. In the “Stop Bleeding” category, Tian Qi is famous for being able to simultaneously stop bleeding and invigorate the Blood. Indicated for bleeding due to Blood stasis obstructing the passageways and forcing the Blood out of the Blood vessels, Tian Qi can safely stop bleeding without causing further buildup of Blood stasis. Conversely, it can invigorate the Blood without causing more bleeding. Tian Qi is an excellent Die Da (trauma) herb, useful in reducing swelling and alleviating pain in addition to invigorating the Blood and stopping bleeding. It is often used to treat menstrual problems involving bleeding and/or Blood stagnation. Prepared or cooked San Qi is known for a lessened ability to invigorate the Blood and stop bleeding, but an added ability to gently tonify the Blood.

Although Ci Wu Jia is a part of the larger ginseng family, Araliaceae, it is not a species of true ginseng, or Panax ginseng. Originally called "Siberian ginseng" to promote its similarities to the functions of ginseng, nowadays this herb is usually called Eleuthero, and is recognized as a completely separate species. Its botanical name is Acanthopanax senticosus, although it is more often referred to as Eleutherococcus senticosus. While still categorized as a Qi tonic, it is much milder and has slightly different actions than Ren Shen. Where Ren Shen excels at tonifying the Yuan Qi, Lungs and Spleen, Ci Wu Jia focuses on tonifying the Spleen and Kidney. Like Ren Shen, it is also used to calm the Shen. However, Ci Wu Jia does not tonify body fluids or Blood like Ren Shen. Recently, Ci Wu Jia has been used as a strong immune tonic and has been patented in the drug "Endurox" to increase physical endurance.

Tai Zi Shen, Pseudostellaria heterophylla, is not even a part of the larger ginseng family, Araliaceae, and therefore not a species of ginseng at all. However, its Chinese name translates to “Prince Ginseng” and it has many of the same actions and indications as ginseng, but is milder and of a neutral temperature, and therefore considered a safer substitute for younger patients and children. Tai Zi Shen is a Qi tonic, and like Ren Shen it can generate Body Fluids and tonify Yin – particularly of the Lung, Spleen and Stomach. Although less strong than Ren Shen or even Dang Shen as a Qi tonic, it is known to be a good long-term and gentle tonic for convalescing after an illness, stopping Spleen deficient loose stools, and tonifying the Lungs to stop chronic cough.