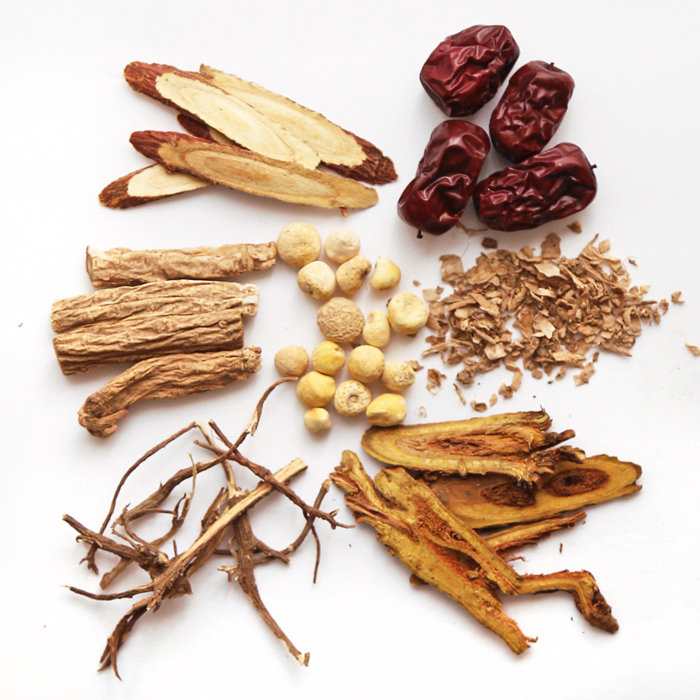 Harmonizing is one of the eight treatment methods used in traditional Chinese medicine. In both the Shang Han Lun and Jin Gui Yao Lue, Zhang Zhong Jing was the first physician to utilize the term "harmonious" (和 hé) in describing the action of herbal formulas, in this case specifically referring to Xiao Cheng Qi Tang and Gui Zhi Tang. Later, in Discussion Illuminating the Principles of Cold Damage written in 1156, Cheng Wu-Ji applied the concept of harmonization specifically to the treatment of Shao Yang disorders:

"When there is a cold damage pathogen in the exterior, one must seep it from the body as sweat. When the pathogen is located in the interior, one must flush and scour it out as diarrhea. When it is neither in the exterior nor the interior but half outside and half inside, inducing sweating is not appropriate, nor do vomiting or purgation provide an answer. In this case, it is appropriate to resolve (the condition) by harmonization. Xiao Chai Hu Tang is the formula that harmonizes the exterior and interior."

The modern definition of the harmonizing method in TCM comes from the Academy of Chinese Medicine by physicians engaged in the systematization of traditional medicine in the 1950's and 1960's.

"The definition of the harmonizing method refers to harmonizing in a narrow sense. Harmonization carries the meaning of moderate use of dredging and resolving strategies. It brings balance to complex conditions that present with symptom pictures of interior-exterior, excess-deficiency, and cold-heat, as well as conditions of overabundance and debility that exist in the yin and yang organs, yin and yang, and qi and blood." (After Bensky and Barolet, Therapeutic Experiences of Pu Fu-Zhou)

Xiao Chai Hu Tang was first recorded in the Shang Han Lun, and is the basis for nearly all prescriptions found in the harmonizing category. The Shao Yang region, associated with the San Jiao and Gall Bladder channels, is said to lie between the body's exterior and interior. Because the Shao Yang is neither internal nor external, releasing the exterior or purging the interior can damage the Qi and therefore aggravate the illness. Harmonization, which is the moderate use of dredging the interior and resolving the exterior, must be used in this circumstance.

The Shang Han Lun states that Shao Yang patterns are initially caused by wind-cold penetrating the surface and transforming into heat without form. This pattern is a transitional stage between the Tai Yang and Yang Ming stages. It was observed that the Qi, especially of the Spleen and Stomach, is no longer strong enough to drive the pathogen back out through the surface of the body. The pathogen enters into the intermediary region of the Shao Yang, disharmony between interior and exterior results, and the subsequent symptoms of alternating fever and chills reveal the nature of the clinical picture.

Additional Shao Yang symptoms include dry throat, a bitter taste in the mouth, fullness of the ribs and hypochondriac region, mild dizziness or vertigo, poor appetite or digestive upset, and restlessness, irritability or depressed mood. The pulse is most often wiry/bowstring, and the tongue frequently has a mild dusky appearance.

As is common in many modern presentations of TCM patterns, the symptoms and signs seen today are often mild versions of the traditional pattern picture. This is especially true of Shao Yang patterns. This pathology is not uncommon, and very often goes unidentified by contemporary practitioners looking for more overt symptomology.

Xiao Chai Hu Tang is formulated to clear and dispel constrained heat trapped in the Shao Yang, tonify the Qi, and harmonize interior and exterior. Chai hu, as the chief herb, is the most effective herb in the pharmacopeia for resolving Shao Yang channel constraint. In addition, Chai hu dredges the Liver and Gall Bladder Qi, relieves distention of the ribs and hypochondriac region, and eases restlessness, irritability and depressed mood.

According to TCM theory, the Liver regulates the body's 24-hour cycle, ensures the smooth flow of Qi and Blood, regulates the emotions, and influences digestive system functioning. Essentially, the functions of the nervous system are functions ascribed to the TCM concept of the Liver. Therefore, since Chai hu is an herb that regulates the Liver (nervous system), we can understand why Chai hu has the ability to relieve distention of the ribs and hypochondriac region, dizziness, vertigo, restlessness, irritability and depressed mood.

The assistants Fa ban xia and Sheng jiang transform turbid phlegm in the middle Jiao, direct rebellious Qi downward, and stop nausea and vomiting. Their warm and aromatic quality also benefit Spleen and Stomach function, dispel constraint and support the appetite. The other assistants, Ren shen, Da zao and Gan cao combine to strengthen the Qi, prevent pathogenic influences from going deeper into the interior, and assist in supporting the Lung's role to regulate and consolidate the surface. Finally, Sheng jiang and Da zao regulate the Ying and Wei Qi and assist Chai hu in releasing the exterior aspect of this pattern. 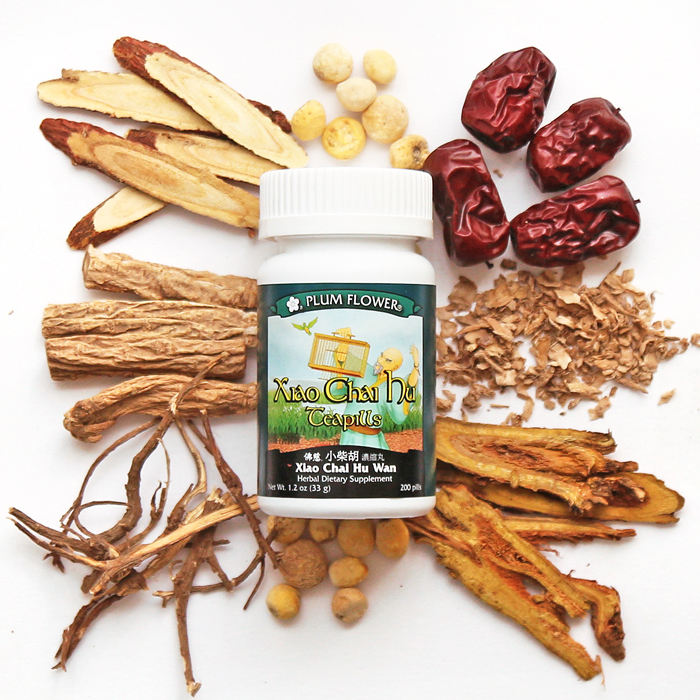 In addition to Xiao Chai Hu Tang's efficacy in resolving the traditional Shao Yang pattern, it is used in treating a variety of modern clinical presentations. The following is a list of some of these additional clinical applications.

Cautions and Contraindications: Patients taking interferon. Contraindicated in conditions of excess above and deficiency below, and Liver Fire. Use with caution in patients with Liver Yang Rising and hypertension.

"This is an invigorating formula that spreads out the exterior and harmonizes the interior, that lifts the clear upward and directs the turbid downward.... Thus, harmonizing and facilitating the patient's Qi dynamic, how would the surface and the three burners not also be regulated?"

Xiao Chai Hu Tang is a unique prescription within the TCM formulary, combining gentle tonification of the Qi, strengthening of the Spleen and Stomach, harmonizing of the Liver and Gall Bladder, and regulation of the surface. Additionally, the special complementary pairing of Chai hu and Huang qin frees the Liver and Gall Bladder, both enlivening and relaxing the nervous system, emotions and the Spirit. Essentially, this formula strengthens and eases, ascends and descends, consolidates and frees. This is the definition of harmonization.