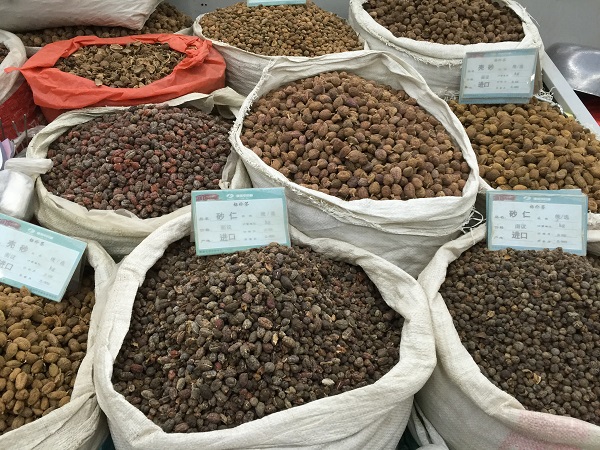 In 1995, we visited the Organic Food Development Center(OFDC), part of China’s Ministry of Environmental Protection(MEP). This department was relatively new (and in fact, it wasn’t until 2005 that China established its organic farming standards) but through OFDC’s unofficial contacts, in 1996 we were able to procure certified organic Ling zhi, Huang qi, Gan cao and Ci wu jia.

Sourcing an organically certified herb however, was just the tip of the iceberg when it came to getting the herb to market. The entire supply chain from grower to processor to importer needed to be certified as well. In 1996 our cost of certification just as an importer was over $5,000 for each herb, which made them significantly more expensive than conventional ones. To our chagrin, while the desire for organic herbs may have been strong, the prices proved prohibitive, and sales did not reflect that interest. When the annual certification renewal came up (which would mean another $5,000 fee for each herb), we had to face facts and decided not to renew the organic supply chain certification, which meant that we could no longer label those herbs as organic. Consequently, we sold them off as regular herbs at market price--which meant essentially at a loss. 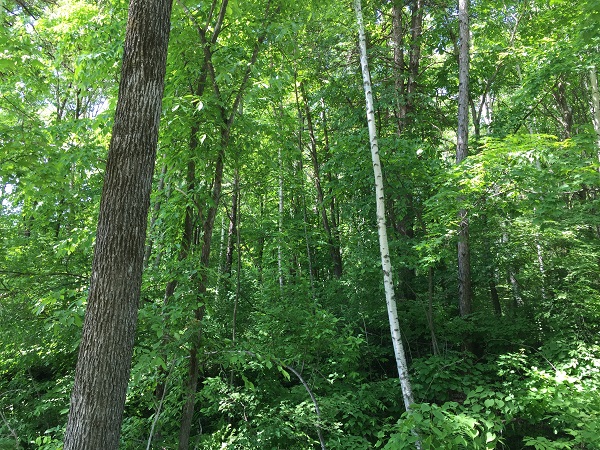 As we looked more deeply into organic growing in China, we were extremely disappointed to discover later that all four of those certified organic herbs had been wildcrafted. While it’s true that the wildcrafted herbs did not have pesticide, herbicide or fungicide residues, selling wildcrafted herbs as organic wasn’t at all what we had intended. Our goal was to find a source for herbs not just organically certified, but organically grown, which would be sustainable, better for the environment, and healthier for the growers and our customers.

Now wiser and much more skeptical, in the early 2000s we continued our quest for organically grown herbs. This time we carefully researched, and contacted the individual agricultural ministries of different provinces, but got the same answer: they were unaware of anyone in their region, or anywhere in China growing organic Chinese medicinal herbs. The general attitude was, “Organic? That’s crazy!” (more politely phrased, of course). Although there was some organic fruit and vegetable ventures starting up, growing organic Chinese herbs in their opinion was too risky and unnecessary due to the long growing seasons, unpredictable weather and pests, and the fact that the herbs were mostly just decocted, not wholly consumed like fruits and vegetables. We spoke with some farmers about growing herbs organically (most of whom had never even heard of the term) but none were willing to take the risk. One ginseng farmer put it this way: “My crop takes about 6 years to grow, and lots of things can happen. We use herbicides, fungicides, and pesticides to make sure we get a good harvest, so why would I risk that?” He estimated that he would get maybe 10% of his normal yield if he grew ginseng organically. He then suggested that if we would pay him for his normal yield no matter what the actual yield was, he would try it. 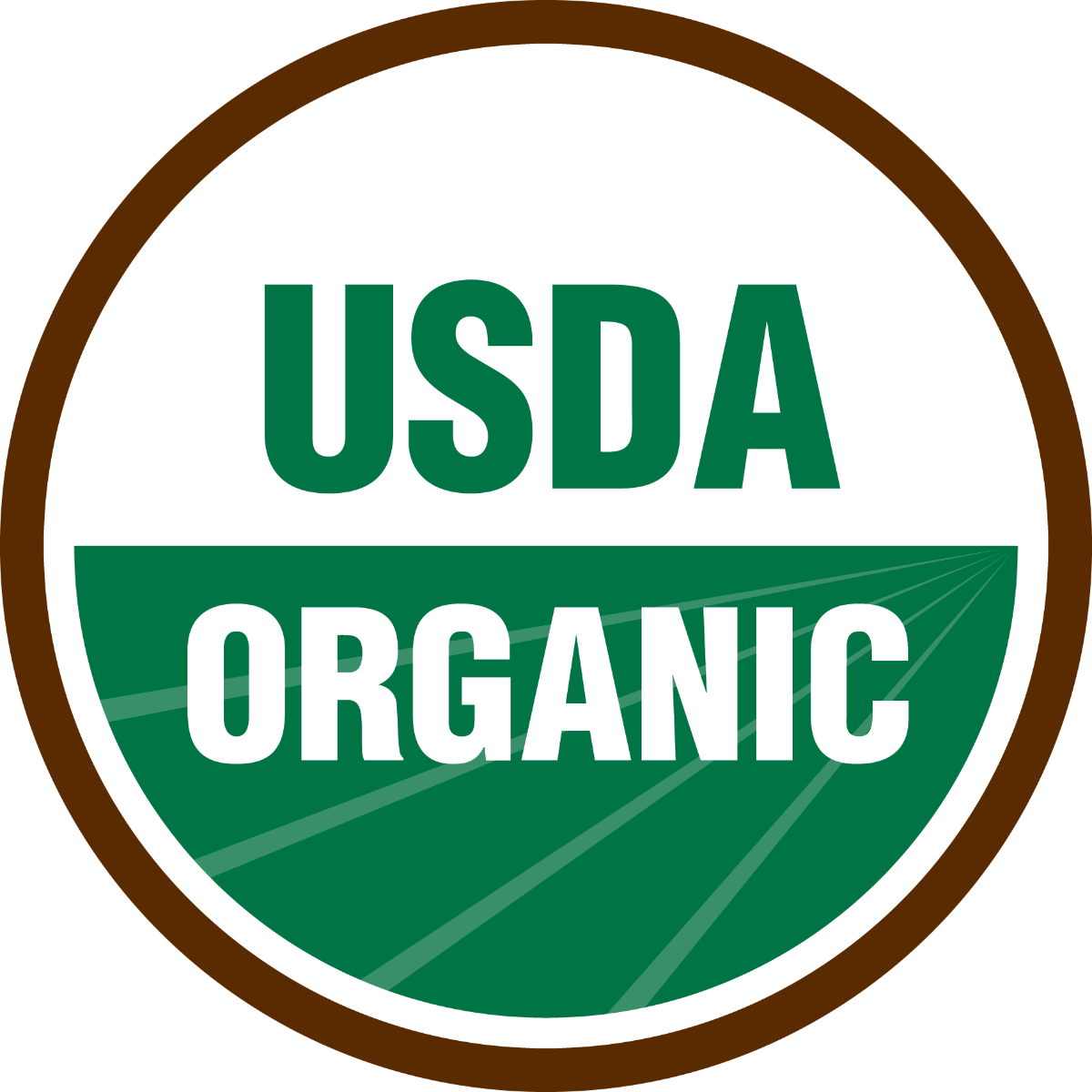 With those rebuffs, we refocused on our unsulfured herbs, which fully addressed all quality issues except pesticides. However, we didn’t stop regularly asking herb growers and governmental agricultural offices about organic herb growing. Then starting about 10 years ago, Chinese herbs from China labeled as certified organic appeared in the US marketplace. We were excited and surprised, and eagerly explored the possibility having genuine organically grown herbs. Disappointingly, upon meeting with the certification company of those herbs in China, we learned that those herbs were again, wildcrafted.

Unfortunately, the huge market demand for certified organic products has led in some cases to fraud or at least unethical business practices. Just a few years ago we tested six brands of Gou qi zi claiming to be organic and only found one that tested negative for pesticide residues. Were all the others grown in close proximity to non-organic crops? Was non-organic Gou qi zi knowingly or unknowingly mixed in? Possibly, but we could only guess. In one case, we called the U.S. certifier of a TCM brand claiming organic certification, and were told that no, they (the certification company) had never been to the farm where the herbs were grown, had never tested the products, and had never actually inspected any of the herbs. How then, could they know if the herbs were organic? In fact, they didn’t. The inspection the certifier had conducted was for the U.S. office and warehouse of the company. The company’s facility was therefore “organic” and as such it could claim organic certification and use the certified organic logo on its packaging. That this seemingly reputable and well-known brand was touting their herbs as being organic when the truth was deceptive labeling astounded us. 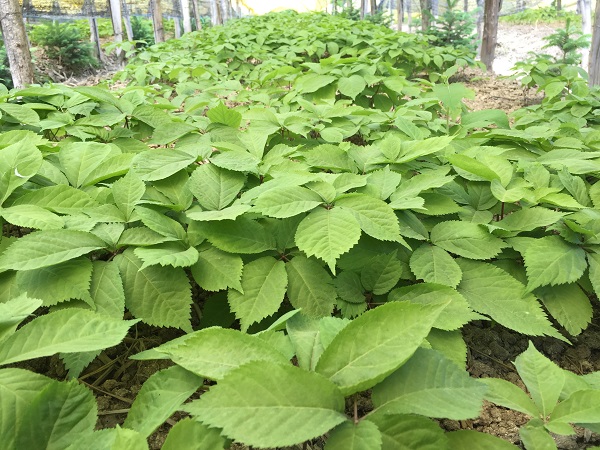 Finally, two years ago, we found a company in China who purported to have organically grown Chinese herbs. In 2015 we visited their office, and the China office of their certifier, EcoCert, a French company who has been certifying organic foods in China since 2010. After much careful vetting (and retesting), this year we have received our first batch of organically grown and certified Chinese herbs from them, including red and white Ren shen, Ge gen, and Hong zao. I personally visited their ginseng farm in June and was delighted to finally see with my own eyes fields mulched with pine needles and nourished with composted leaves and stalks, interspersed with saplings that will eventually reforest the field.

We are very excited to have Dang shen, Huang qi, Gou qi zi, Ju hua, and other organically grown herbs coming in this season. Now organic laws in the US don’t require resellers of organic products to be organically certified if they don’t manipulate the product, so this time we are able to keep prices very close to conventional herbs. While we may never have organic versions of every herb, rest assured that any you receive from us will be authentic, high quality, and sustainably grown, and when they are labeled organic that means organically grown and fully inspected.