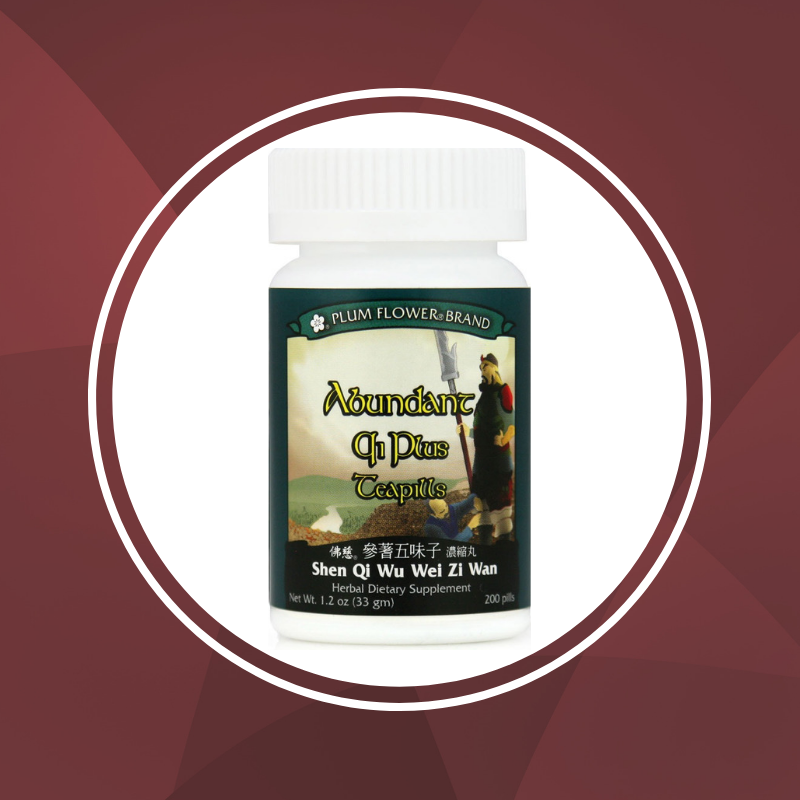 Dosage & Administration: The standard dosage is 8 pills, 3 x day. For children 2-5 years old 1/3 adult dose, 5-10 years old half adult dose, 11 years old and up 2/3 to full adult dose. Administer half an hour before or one hour after eating for optimal digestion & absorption. In severe cases or in the initial phases of treatment, dosage may be increased to 8-12 pills 3-4 times per day, then reduced to a maintenance dose as the treatment takes effect. May be used long-term for several weeks to several months. Repeat courses of treatment may be administered over several years. This formula is designed to be taken in between recurrent Wind invasions to strengthen the Wei Qi.

Cautions & Contraindications: Contraindicated during the early stages of acute infection or illness, such as a cold or flu. Use with caution in hypertension since Huang qi may raise blood pressure, in some cases.

Clinical Comments: According to Chinese medicine theory, a person can only be invaded by Wind if it is either very strong or if the person’s Wei Qi is too weak. Although there is no true substitute for a good diet and a good night’s sleep, this formula strongly strengthens the Qi and particularly the Wei Qi, to strengthen one’s resistance and prevent Wind invasions when the body is slightly off kilter. The beauty of this tonic formula is that it also Calms the Spirit, so it can be especially beneficial for someone with anxiety and difficulty winding down and sleeping. It is an excellent tonic to administer for a few weeks after a strong Wind invasion, or after a prolonged illness or surgery to strengthen the Wei Qi. It is especially effective for children when administered during the end of summer and early autumn to strengthen the Lungs and the Wei Qi in preparation for winter. Due to its ability to restrain the leakage of Lung Qi, it encourages the Lung to control the pores and restrain the sweat when it is not needed, and thus treats Lung, Heart and Wei Qi deficiency. To avoid seasonal allergies, use Shen Qi Wu Wei Zi Wan for a month or more at the end of winter to tonify the Wei Qi and then add Pe Min Kan Wan once the windy spring season begins. Almost half of Shen Qi Wu Wei Zi Wan is made up of Wu wei zi, an astringent herb that contains the leakage of Lung Qi, generates fluids, Calms the Shen, and tonifies the Kidney to strengthen resistance to disease longer term. Wu wei zi is particularly indicated for lingering, minor dry cough and inhibiting inappropriate sweating, in addition to calming and containing Heart Qi to encourage peaceful sleep. The Qi tonics, sweet, slightly warm Huang qi and sweet neutral Dang shen, make up more than 45% of the formula. They combine to fortify and tonify the Lungs and Wei Qi, and stabilize the Exterior. They also partner with Wu wei zi to generate fluids. Then, a bit of sweet neutral Suan zao ren pairs with Wu wei zi and Huang qi to increase the body’s ability to stop sweating, as well as augmenting Wu wei zi’s ability to Nourish the Heart and Calm the Shen.

Combinations: administer with Pe Min Kan Wan for chronic or acute seasonal nasal and sinus issues. Administer with Er Chen Wan for the recovery phase of a resolved, mild upper respiratory infection that included white phlegm, fatigue, and possible digestive weakness. Administer with Ping Chuan Wan in between episodes of Lung and Kidney Qi deficiency causing a disturbance of the descending & dispersing of Lung Qi.