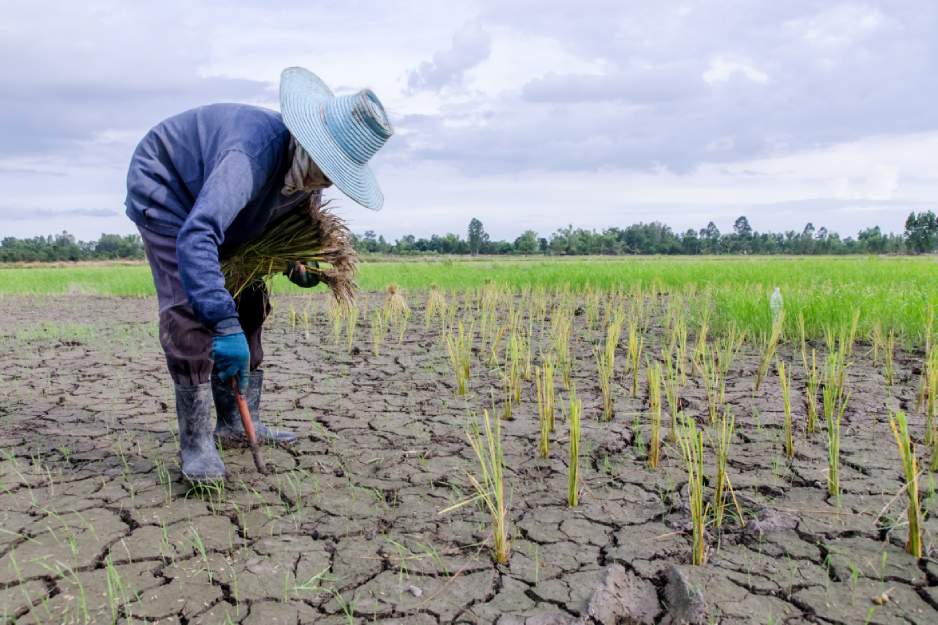 Of course, we all know that herbs (and by extension, herbal products) come from the earth. As such, it could be said that the natural environment is the single biggest factor affecting the quality and production of herbs which, like so many things in life, is constantly changing. To better understand how this impacts not only our product offerings here at Mayway but also your clinical practice, we want to share with you the most current information regarding the present state of herbal supply and production.

Climate change has almost certainly exacerbated extreme heat waves and drought, resulting in an acute water scarcity crisis in China, which has in turn been catastrophic for industry and commerce. Water is of course crucial to everything that is related to quality of life, including power generation, manufacturing, and agriculture.

While China does have options to decrease water consumption or boost supplies, all carry heavy political costs. These include forcing consumption changes, like reduced meat eating, onto Chinese consumers; significantly raising the price of water for farmers and industry; or securing water resources from rivers that cross into neighboring countries. All of which would be controversial. Although China is deploying atmospheric intervention techniques like cloud seeding to increase rainfall, this also likely contributes to extreme weather patterns. China has long relied on transfers of water from wetter to drier regions, but signs of severe water stress in regions previously considered water abundant, like the Pearl River Delta in southern China, suggests that these transfers may soon be unfeasible. Large-scale desalination is also not viable, given the massive power consumption required and the lack of distribution networks to bring water from the coast to China’s interior.

Before the onset of the pandemic in 2020, it seemed that the supply of herbs was affected mostly by fluctuations in demand, with Chinese herbs gaining rapid popularity and therapeutic acceptance in other parts of the world. During the pandemic, the prices increased not only because of demand but also because government-imposed lockdowns in China interrupted the normal planting and harvesting activities that had existed for generations. Now, after nearly 3 years of disruption due to the Covid pandemic, we here at Mayway, as well as all other suppliers of Chinese herbs, continue to experience frequent shipping delays and extreme fluctuating prices (actually, almost all are stratospheric increases) as our suppliers, processors and manufacturers have experienced lockdowns in their region, city, or district. Each work stoppage affects the downstream. And, at the same time, there have been particularly unfavorable environmental conditions this year; such as prolonged heat waves, catastrophic flooding, and earthquakes. This has exacerbated the problem to the point where many herbs are unavailable or literally ten times more expensive than they were prior to the pandemic. 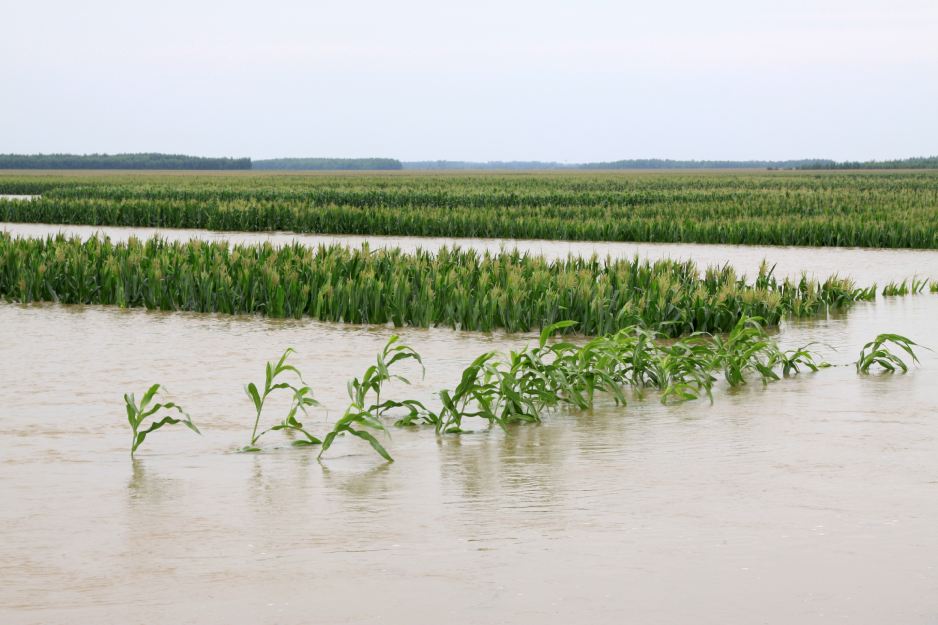 In 2021, southern Chinese provinces had persistent frost and unprecedented rainfall, resulting in massive flooding. By way of contrast, 11 out of 23 provinces experienced the highest temperatures recorded in 70 years. In 2022, record high temperatures and flooding wiped away many villages, while others had long periods of drought which left the earth parched and the wells dry. Naturally, these extreme climate phenomena do not bode well for herb cultivation.

Sichuan province is one of the most important herb regions in China and has over 30 di dao 地道 herbs. This past summer the region experienced the worst heatwave in 60 years, accompanied by historic drought and power outages, as well as catastrophic floods and a recent earthquake. This has had an enormous impact on the supply of herbs native to this region, such as Chuan xiong/ Ligusticum chuanxiong rhizome, Mai men dong/ Ophiopogon japonicus tuber and Ban xia/ Pinellia ternata rhizome. Even more significantly impacted are herbs that consist of aerial parts of the plant, e.g., Hong hua/ Carthamus tinctorius flower, Xin yi hua/ Magnolia denudata flower, and Jin yin hua/ Lonicera japonica flower. Not surprisingly, the drought caused many of the flowers and leaves to wilt and die. For customarily costly herbs such as Chuan bei mu/ Fritillaria cirrhosa bulb, which takes 5 years of cultivation from planting to harvest, the drought has led to extremely low yields, followed by higher prices. As of September 2022, the price of unprocessed Chuan bei mu has reached over $600/kg. Root herbs like Chuan xiong/Ligusticum chuanxiong rhizome and Mai men dong/ Ophiopogon japonicus tuber, already predicted to have poor yields because of the drought, were further affected by the resultant flooding, which caused the roots to become so inundated with water that a significant portion succumbed to root rot when the waters receded.

Guangdong and Guangxi provinces experienced colder than average temperatures in spring and persistent heavy rains and flooding in the summer. The lower temperatures during the spring months when the flowers were in bloom especially affected citrus crops such as Fo shou/ Citrus medica fruit and Chen pi/ Citrus reticulata peel, as well as fruits such as Long yan rou/ Dimocarpus longan aril. As noted above, the oversaturation of the soil from flooding can lead to root rot, and herbs such as He shou wu/ Polygonum multiflorum root and Tu fu ling/ Smilax glabra rhizome were especially susceptible. The price of Tu fu ling has experienced a 30% price increase year over year since the pandemic. Suan zao ren/ Ziziphus jujuba seed, Xing ren/ Prunus armeniaca seed, Bai zi ren/ Platycladus orientalis seed, and Lian qiao/ Forsythia suspensa fruit were all vulnerable to frost damage, low temperatures, drought and flooding, resulting in major price increases due to low yields. In particular, the price of Suan zao ren increased 75% in 2021, with an additional 90% increase in 2022. The price of Lian qiao has also doubled in 2022, and Bai zi ren increased roughly 75%, while Xing ren experienced a relatively minor increase.

With these abnormal growing conditions and the other factors noted above, the quality of the herbs can be greatly impacted. As Mayway has always adhered to Chinese Pharmacopeia standards for active chemical markers, we have discovered that many of these herbs have failed to meet our rigorous testing standards, which has resulted in a disruption in production and stock outs for many important formulas and finished products.

Climate change has not only affected cultivated herbs but also those that are wild-crafted, which constitutes about half of the 616 herbs found in the Chinese Materia Medica. If extreme weather persists in the coming years, we will continue to face very challenging price fluctuations that will adversely affect our industry and the supply of Chinese herbal medicine.

Fortunately, many herbs can be found in more than one region and storage of the previous harvest has allowed the prices of most herbs to remain relatively steady. However, this is a short-term cushion that may disappear soon.

Other factors affecting pricing and production

Climate related factors aside, labor shortages have also significantly affected supply. For example, He huan hua/ Albizia julibrissin flower, which requires extensive hand picking to remove foreign matter, has become unavailable because our factory is unable to hire workers to do menial tasks. Additionally, as of this writing, there are hundreds of cities and counties under lockdown, without a clear end-date, including Lanzhou, Anguo, and Chengde, which means that at our manufacturers’ there are thousands of kilos of raw herbs are awaiting processing or being made into finished products.

Another significant cause of price increase is continued market speculation. China’s strict regulation of other investment vehicles, such as property ownership and stock trading, gave rise to speculation in even perishable commodities, such as Chinese herbs, over the last 5-8 years. While the Chinese herb and TCM industries are generally heavily regulated, in this aspect it is almost impossible for the Chinese government to control. Although Chinese TCM manufacturers are required to use herbs that meet Pharmacopoeia standards, it is difficult if not impossible to control the quality of products and herbs that are made by unlicensed underground factories, that are sold by small vendors, or that are exported. As always, the quality of herbs and products anywhere, including the US, relies on the experience, choices, and ethics of manufacturers and suppliers.

In addition to all the tumultuous changes due to the pandemic, we have all experienced first-hand how climate change can impact our lives. From the food we eat, the air we breathe to the herbs that keep us healthy. Sometimes we may feel incapacitated while facing such a daunting issue, but always remember that our individual choices collectively can make an impact. And, while all of this may seem overwhelming or unsettling, please know that we will continue to do our very best to bring you the finest quality herbs available so that your patients can continue to benefit from this beautiful medicine.