The Yin and Yang of Lyme Disease and Climate Change

Reprinted with permission of North Atlantic Books, referenced from his book The Yin and Yang of Climate Crisis. 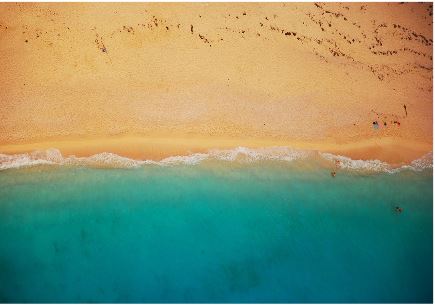 Our usual western view of the world teaches us separation. Medically, we’re taught to believe that each organ is separate from the others and that the physical, mental and emotional aspects of our lives are distinct. We’re also encouraged to see ourselves as separate from the people and the world around us. The long history of Chinese medicine offers us a different view—one of interconnection.

From an eastern view, all of our organs are connected and the different parts of our lives are woven together into a whole. Likewise, we are part of the human and ecological communities surrounding us. For several thousand years, Chinese medicine has understood that what happens on a large scale is a reflection of what occurs on a smaller scale, and vice versa. Similar to a modern western understanding of holograms, where each small part of the picture contains the entire image, eastern medicine recognizes that what happens within us is reflected in what happens in nature.

Though we’re encouraged to see it as two distinct issues, Chinese medicine can help us recognize that what’s happening with the climate is being mirrored in our internal environment. In particular, the rapid heating and destabilizing of the climate is mirrored in the rapid increase of Lyme disease.

The Center for Disease Control reports 300,000 new cases diagnosed annually in the U.S., a dramatic increase over the past 20 years(1) . Due to the inaccuracy of biomedical diagnostic tests and that many symptoms of Lyme manifest similarly to other conditions, many patient groups and health organizations maintain that this estimate is very low, possibly by a magnitude of several factors(2).

There’s a long list of possible symptoms associated with Lyme disease, including joint and muscle pain, headaches, fatigue, insomnia, a wide range of digestive issues, and neurological conditions including confusion, dizziness, and loss of balance. The usual western medical approach is the use of antibiotics to attempt to kill the bacteria responsible for the condition. While this can help some people, my clinical experience indicates clearly that it is not always effective and can in fact contribute to the worsening of existing symptoms and the creation of others.

From an eastern perspective, the use of antibiotics is an attempt to treat the infection from the initial tick bite. For Chinese medicine, this inflammation corresponds to the diagnosis of heat, which is an excess of Yang. But rather than being a complete diagnosis, what western medicine calls infection and what Chinese medicine calls heat is only one part of the progression of Lyme disease.

After the first stage of inflammation, the second is what Chinese medicine calls Yin deficiency, which is a loss of cooling fluids. When things become hot, the ability of the body to keep things cool can be cooked off, indicating a decrease in Yin. At this second stage, the infection that comes from the initial bite is compounded by the decrease of coolant.

The third stage is a response to the second, where the lack of fluids has the body hold onto or create unhealthy fluids, which Chinese medicine calls dampness. This sticky, heavy fluid is an attempt to replace the healthy, thinner fluid being cooked off from the heat. For Chinese medicine, this dampness can create digestive issues, tiredness and the fuzzy thinking associated with Lyme disease.

The fourth, final stage is a response to the third, where the body tries to move the heaviness of dampness by creating wind. As with wind in nature, internal wind blows things around and is associated with symptoms that move around the body. It’s also responsible for all neurological symptoms, including the tremors, twitches, vertigo and cognitive issues associated with late-stage Lyme disease(3). And in looking at this development of Lyme disease internally—heat creating dryness which creates dampness which creates wind—we can see this very same progression in the warming of our planet.

Many decades of climate data indicate conclusively that the planet is warming, which is an increase of heat. More recently, climate research also shows that the ability of the planet to hold greenhouse gases is decreasing. Trees hold onto the emissions we’ve been creating and deforestation decreases this sequestration. Melting permafrost releases the potent greenhouse gas methane, which is also bubbling to the surface from the floor of northern oceans. Together, these effects indicate a loss of the planet’s ability to maintain coolant, which is a decrease of Yin.

Along with the increasing heat and decreasing Yin, there is also an increase of floods globally. This excess of water closely matches the idea of dampness, where the fluids of the planet transform from a state of balance to imbalance. The last stage of climate change progression is wind, which corresponds to more storms globally. As has been extensively documented, there is a dramatic increase of storms in general and severe storms in particular, including hurricanes and typhoons(4).

The warming of the planet and the increasing number of Lyme diagnoses follows a similar pattern and starts with the same issue—heat. Heat within us makes us susceptible to inflammatory conditions like Lyme. And the heat from the emission we are creating globally is warming the planet rapidly. A balance of Yin and Yang—a balance of coolant and heat—is good medicine not only for our health but also for the wellbeing of the planet.

Bio: Brendan Kelly is the author of The Yin and Yang of Climate Crisis at www. personalasecological.co m . He’s an acupuncturist and herbalist practicing in Burlington, VT, treating people with Lyme disease. He teaches and lectures about natural medicine and environmental sustainability nationally and is an adjunct professor at Johnson State College in VT and the Academy for Five Element Acupuncture in FL.

(1)From the website of the Center for Disease Control: http://www.cdc.gov/lyme/stats/humancases.html
(2)See the website for the International Lyme and Associated Disease Society www.ilads.org/lyme/
(3)This is Chinese medicine’s Sheng Hua progression theory. I don’t know of any written reference available in English. My understanding of Sheng Hua comes from personal notes from studies with Dr. Jeffrey Yuen.
(4)See chapter 3, The Yin and Yang of Climate Crisis, Brendan Kelly, North Atlantic Book, 2015