Year of the Earth Pig: Health Predictions for the TCM Clinic 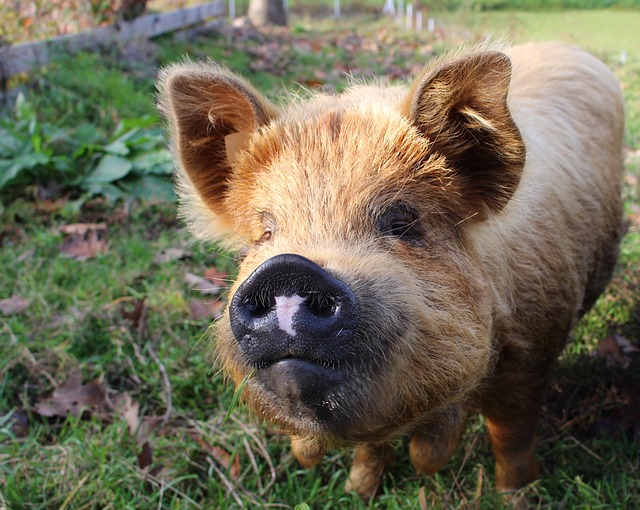 Happy New Year! February 5th was Lunar New Year, and the energetic start of Spring. Spring is the start of the new energetic cycle and new growth for the year.

The Western new year of January 1st was established by Julius Caesar to correct errors in the mathematical calculation of the year. A year is actually 365 days and some hours long. Before that, there were errors in the calendar, so it was arbitrarily decided to make January 1st the start of the year. It has nothing to do with the actual energetics of nature, which is what we follow in Chinese Medicine in order to stay in harmony with the seasons and in good health.

Every year is either Yin or Yang, and it alternates every year. Last year was a Yang year, so this year is a Yin year. Yin is the cooling, calming, moistening, restful, and more feminine energy. (Yang is the opposite.)

Every year, we also have the energy of Heaven (as in "the heavens" or sky, not in any religious sense) and the energy of Earth (as in the planet Earth). Each has its own energy for the year, which is one of the five elemental forms of energy. This year, the Heaven energy is Yin Earth, and the Earth energy is the Pig, also sometimes called the Boar. The Pig represents Yin Water. So our elemental energies for the year are Yin Earth and Yin Water.

Here’s what we can expect this year based on the energetics of the Earth Pig:

When you think about mixing Earth and Water, you get a pretty good idea of what's in store this year: wet, damp, mud. Yin Earth by nature is more damp than Yang Earth, which is more dry. Add water to that, and you get even more damp Earth. Think mud. Lots and lots of mud. Areas that have had fire damage in the last few years, and/or are prone to mudslides are at risk this year. 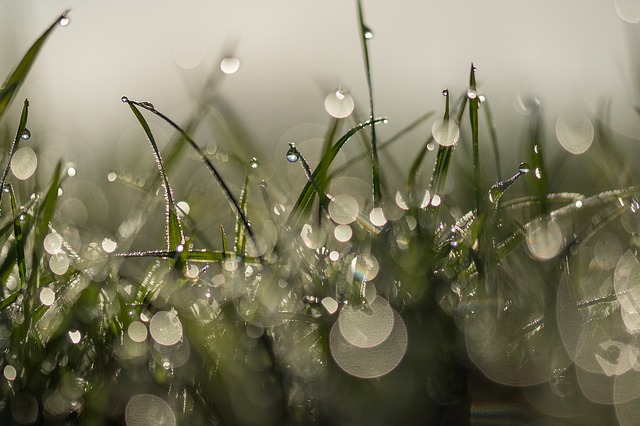 Flooding could be a big problem this year, because the Water energy brings more actual water, and the earth is too soggy to dam it up and hold it in. If you live in an area at risk for mudslides and/or flooding, now is the time to take precautions and prepare in advance.

As for the weather this year, the overall Yin energy of the year makes it more cool and potentially damp. Add to that the Water energy, which represents actual water, but also more dampness. Yin water is more like “clouds and dew” as the ancient books say, rather than bodies of water like lakes, rivers, and oceans, which would be Yang Water. When water is in the form of clouds and dew, you get humidity.

The temperature nature of Water is cold, so expect cooler weather, with higher humidity, and more rain than usual, because, well, it’s water.

When we consider the Yin Earth energy, we’ve already seen that it will be wet, muddy earth. The nature of Earth itself is dampness. Earth years always bring more rain. So we’ve pretty much got lots of damp and wet from all sides this year, with a dose of cold thrown in from the Yin Water energy. The weather forecasters will most likely call it an El Nino year. The atmospheric conditions will probably show up to create that, as the Heaven and Earth energies are what set up those frequent rainy conditions.

Mold will likely be an issue this year, since the conditions will be perfect for mold to grow. Watch out for leaks in houses, because mold could show up very easily. If you have a mold problem already, it’s only going to get worse this year, so it’s wise to take care of it as soon as possible. Dehumidifiers may be a good idea.

The biggest issue this year will be with cold and dampness in the body. Colds and flus will have lots of mucus, as opposed to lingering dry coughs.

There will be more digestive issues, especially involving dampness, like gas, bloating, easy weight gain, and loose stools. Avoid eating too many damp foods this year. Damp foods are greasy, fried, oily, and dairy products (not eggs - eggs are not damp, so they’re fine to eat, but they always get lumped in with dairy). Eating damp foods will cause digestive issues easily this year because of all the dampness of the year.

As extra weight is considered dampness in Chinese Medicine, it will be easier for people with weak digestion or prone to weight gain to pack it on this year. For these people, this is a year to really watch the diet and avoid those damp foods.

Avoid too many cold, raw foods, because they can damage the digestion, especially in cold weather. Eat more cooked, warm foods, especially when it’s cold. It’s a good year to use a bit more ginger and garlic in cooking, since they help warm the digestive system and get rid of dampness. Don’t use too much ginger or garlic if you run too hot or have acid reflux. Everything is about finding the balance, so experiment and find the right amount for you.

Because Earth represents “flesh” it’s likely there will be more lumps, bumps, and tumors this year. If skin diseases arise, they’re more likely to be of the wet, weepy, oozy kind. 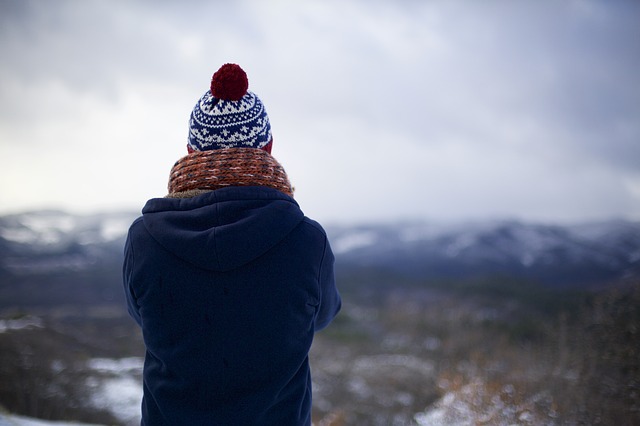 Because of the cold weather, people who run cold may have a harder time. Make sure to dress warm in cold weather and avoid getting chilled. Eating more ginger and/or garlic can help. On the other hand, people who tend to run hot will probably have an easier time this year.

Patients who are Yang deficient will have a harder time this year. And because Earth and Water both weaken Fire energy in the Five Elements interactions, anyone with deficient Fire and/or weak Heart energy needs more support this year.

Any organ that can get cold and/or damp could get out of balance easier this year. These patients will need more support with diet and herbs.

Also watch out for patients reacting to mold. Because of the weather, there will be more mold and things like fungus and candida. If you think about what happens to a wet, soggy garden and what grows in those conditions, those are the sorts of things that can grow in the body this year with the right conditions.

There’s nothing remarkable about the other elements and organs this year. Their energies will be fairly neutral. The ones to watch are Spleen and Stomach, Kidneys and Bladder, and the Heart and Small Intestine.

Also watch out for depression. Fire is weak this year, and its emotion is Joy. Combine that with lots of clouds, rain and cold, and people may be more prone to depression. It’s a good year to get out in the sun when you can, and pay attention to managing moods. It may help to do things that bring you joy, to help balance the weakness in the Fire energy this year.

Earth and Water industries should benefit this year, so it should be another good year for real estate, as long as there aren’t issues with flooding, landslides, mud, etc. Plumbers are probably going to have a very good year. Also, shipping, and anything having to do with water or earth.

Earth businesses that work with earth, like excavating, pottery, ceramics should have a good year. Also farming, as long as crops don’t get too wet.

Fire represents computers, electricity, technology and the stock market. Because the Fire energy is weak this year, those industries will most likely be weaker.

It should be another interesting year. Remember all the mud we’re going to have? Expect mudslinging.

On the other hand, things should (hopefully) calm down a bit. It’s a Yin year, and Water and Earth are both Yin, so it should be a more mellow year. We’ve had several years of Fire and then Metal energy that were fiery and passionate, and then sharp and cutting due to the metal. 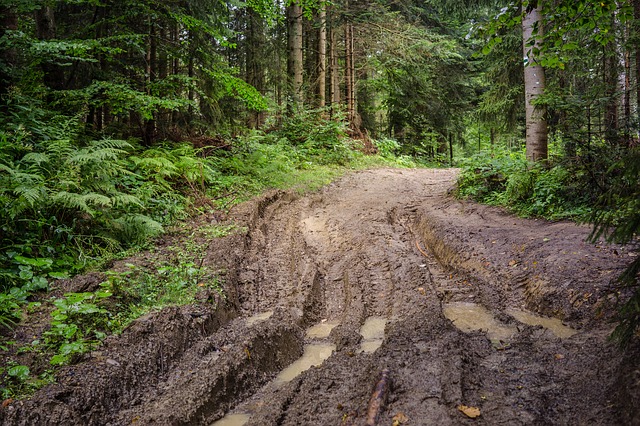 I don’t know if much progress will be made, because it’s such a Yin year and Earth, Water and mud have a tendency to just sit there in a mud puddle. And mud is cloudy, not clear, so things may seem muddy or cloudy and may not be their most clear this year.

Water brings wisdom and is flexible and always finds a way to go where it wants. Earth energy brings harmony and trust. The energy will be there this year for things to settle down, become more harmonious and allow wisdom to prevail. Expect mudslinging, but overall, more calm.

As Heaven is above the Earth, it can also represent things "above" us, or that have authority over us, like the government, bosses, employers, parents, etc. In the Five Elements control cycle, Earth restrains the energy of Water. This year we may see those in positions of authority try to control and restrain those "below" them. Since Water represents wisdom, and the nature of Earth is harmony, there should be calm about it.

Remember the energy of the Earth is the Pig (Yin Water). Pigs are smart and loyal, and they're generally easy-going and calm. They can get angry if pushed too far and are very strong. Their jaws are so strong that if a pig bites your hand, it could break every bone in that hand. Those in authority would be wise not to try to over-restrain the Pig, because the gentle Pig has a dangerous bite. But pigs are usually very relaxed creatures and it takes a lot to push them far enough to get angry. With all of the Yin energy and dampness this year, though, most likely calm will prevail. Dampness makes everything sluggish, so it may just be too much effort to push that hard.

End of a Cycle 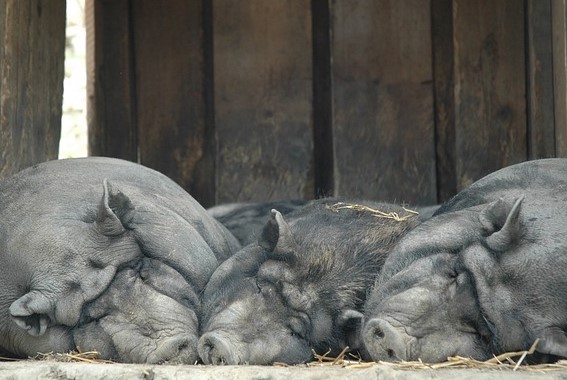 The Pig is the last animal in the Chinese Zodiac of 12 animals. Being the last animal, it’s the end of a 12 year cycle. (The full cycle is 60 years. It’s not the end of the full 60 year cycle - that’s two more cycles, or 24 years, away.) The end of the cycle represents completion of things you’ve been working on during this cycle. It’s like the winter season during a year. It’s the time to rest and recharge. Remember that it’s a very Yin year, so follow the energy and be more Yin, mellow and rest more this year.