Here at Mayway, we are unabashed herb nerds. We just love them—growing in the ground or processed and dried. As such, for genuine interest and business reasons, we keep our fingers on the pulse of what is happening with herbs in China. Since the pandemic began, we have been unable to visit fields and chat with farmers and suppliers in person. So, we regularly review online information, especially from reliable Chinese sources. Sometimes there’s news that is particularly thought-provoking, and often concerning, that we really want to share with you all. We hope that our reporting will give you some insight into our industry and how events 6000 miles away can affect your clinical practice. 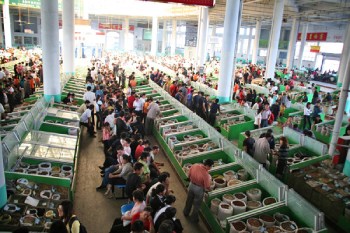 This time, we would like to talk about the complex, ever-evolving situation with raw herb supply and demand since the pandemic started.

As previously reported, the pandemic increased overall use of Chinese medicinal herbs, which mostly led to higher prices and limited supply of certain herbs. In response, last year the Chinese government issued the "Notice on Several Policies and Measures to Accelerate the Development of Traditional Chinese Medicine Features" to promote the development of the traditional Chinese medicine industry. This government spotlight resulted in a frenzy of investment, not just from within the herbal industry, but from outside investors (aka: speculators).

In 2021, under tremendous pressures from economic downturn and epidemic prevention and control, China raised interest rates and over-issued currency, which caused liquidity to rise. This led to speculation on bulk commodities, including herbs. Speculative transactions for the first half of 2021 caused prices to soar but did not lead to more inventory (likely due to it not yet being harvest time for most herbs). Essentially, the demand and supply of herbs had not changed substantially, but prices became artificially high as real and projected herb crops changed hands.

Since August of this year, prices have generally started to go down as harvesting began in earnest, and perhaps as inexperienced buyers became sellers when they realized that their goods were susceptible to bugs, mold, and fickle demand. As mentioned in our recent “A Conversation about Patent Medicines in China”, sales of non-Covid related herbal products decreased significantly during the pandemic. Currently, even sales of Covid related products have decreased with the availability of vaccines and as “pandemic fatigue” has led to reduced vigilance in using herbs for prevention or to bolster general health.

On the supply side, there are complicated push-pull factors. In poor mountainous regions, there has been much government support for herb growing including subsidies, training and supplies, cooperative sales, etc. Peasants everywhere also discovered that herbs are a higher value cash crop as compared to vegetables, which resulted in herbs being cultivated in every province. Large, publicly traded TCM (Traditional Chinese Medicine) manufacturers such as Bai Yun Shan, Tong Ren Tang, Yunnan Bai Yao, and Lanzhou Foci operate hundreds of large GAP-certified (Good Agricultural Practices) herb plantations and employ locals to farm mostly official dào dì (道地 - geo-authentic) herbs. This organized herb growing not only allows efficient vertical integration and almost guaranteed supply for grower-manufacturers but allows them to sell herbs to each other and even to the general marketplace. This produces a reliable amount of available inventory and helps to keep prices relatively stable for finished products, especially those used in China’s national health system. 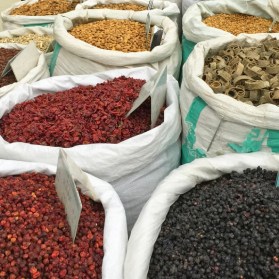 However, besides speculation (and the accompanying hoarding), other factors can produce the opposite effect. Climate change is one of the most significant factors affecting herb supply. In the last 2 months, floods in Henan, Hubei, and Sichuan provinces, continuous heavy rains in northern and northeastern China, and serious drought conditions in Fujian, Zhejiang, Guangdong, Guangxi, and especially Yunnan, have disrupted herb supply. According to studies of temperature increases across China, Yunnan is the province with the most climate-related warming over the past decade and has been affected by frequent droughts in recent years. While Yunnan is tucked away in the southwest corner of China, it is a very significant herb growing region. It has over 6000 native herbs, and cultivates around 1.2 million acres of herbs, notably 150 common to the Materia Medica, such as Tian qi, Fu zi, Hong hua, Fu ling, Ban xia, Tian ma, Mu xiang, etc. Environmental troubles in this region will severely disrupt supply of many important, common herbs.

Another factor affecting supply is that there is markedly decreased wildcrafting. Years of overharvesting have depleted wild herb inventory, and the destructive environmental factors support the government’s promotion of more herb cultivation. However, even without overharvesting, the practice of wildcrafting has diminished. Traditionally, peasants went into their local woods or mountains in their free time to collect herbs. In some cases, this foraging was a significant source of income. Generally, these folks are dying off, and younger people have mostly left farming communities for factory jobs in the cities. The notable exception to this is the harvesting of wild Cordyceps (Ophiocordyceps sinensis), which remains strong to the point of causing wild Cordyceps to be endangered (read Skye Sturgeon’s article discussing Cordyceps CS-4). Incidentally, Cordyceps’ woes are not just due to overexploitation, but climate change. As they grow best in colder climates, warming in the region has shrunk their natural habitat. Some studies have projected harvesting being unsustainable within two decades. 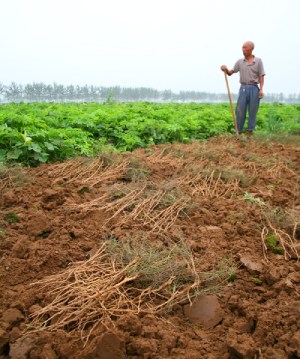 While to some there is a certain romance to wildcrafting and a belief that wildcrafted herbs are somehow more therapeutically desirable, the fact is that herb cultivation is more sustainable, usually results in quality being more consistent, and this in turn helps to keep price and supply more stable.

As we move into fall, many herbs are ready for harvest. In September alone, over 30 of the more commonly prescribed herbs such as Ren shen, Gan cao, Ju hua, Da zao, Wu wei zi, Lian qiao, Jing jie, Bai zhu, Huang jing, and Shan zhu yu are harvested and processed. These are important, frequently used herbs. Here at Mayway, we are understandably a bit anxious, as our purchase orders for whole herbs as well as finished products are greatly affected by these harvests. It remains to be seen whether speculation will still be fierce or if prices will hopefully represent a truer reflection of market demand. Stay tuned!

You can read more about Herb Demand and Quality Concerns in a related article on our website.